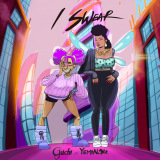 57 824 monthly listeners. Rank: 23 ↘ -10
Ugochi Onuoha popularly known as Guchi is a Nigerian singer, song writer, recording artiste and performer. She stormed the music industry with her debut single "No be Jazz" in 2019. She has since released other singles and an EP titled "I Am Guchi" which has gained massive buzz online and offline. Her hit single "Jennifer" took the world by storm and she didn’t slow down as she followed with another smashing hit titled “Benzema”. Signed to PG records, Guchi is one to look out for as she has come to stay. (more)
Promote artist ↑
report
Get Latest DJ Mixes
More Songs

Her parents named her Ugochi Lydia Onuoha on November 25 1997 but her celebrity status in Nigeria christened her Guchi. And the name has stuck in the mind of every Afro-pop lover in Nigeria. She was born in Kaduna State but grew up in Abuja where she traces her love for music from. She first enrolled at Edo State University in Ekpoma but opted out and transferred to the University of Lagos for a degree in Theatre and Media Arts.

She was exposed to the fundamentals of music creation and performance as a young chorister in her church choir. As a second-born, she copied a lot of interest from her family and music was one of those things. Her father loved music and he passed it down to her when she was only seven years old.

After years of living in Abuja, she relocated to Lagos where her interest in Afrobeat music soared. Guchi lived and breathed music having gotten the basics from her Church choir that she ventured into music in 2012 although by hindsight. The late American pop star Michael Jackson greatly influenced her decision to go into music. At 22, she stepped into the music limelight and was so much ready for it.

The 25-year-old Nigerian artist made a grand entry with her debut song ‘No be Jazz’ in 2019. It was a huge song with a subtle message coloured by an amazing sound. The song’s philosophy is simple. Because today's young women are more concerned with money while men care more about sex; the idea of these two peripherals inspired ‘No Be Jazz.’ She brings out the old-fashioned kind of love, where money and sex were not the driving forces behind relationships or marriages, but rather pure love, and that is why these couples were able to endure the ups and downs of love.

This hit pushed her ratings up and she was only starting the game. With a lot of finesse, she wrote her breakout song ‘Addicted’ which she released in 2021 and it booked her a permanent seat in Nigeria’s entertainment industry. She followed it up with ‘Benzema’ which is so far her most successful hit. When ‘Benzema’ debuted on the Top Triller Global Chart in October 2021, it peaked at No. 3.

When asked about her personality, Guchi characterises herself as driven and ambitious – especially being the second child of Onuoha's family. With her vast range of vocals, compelling hooks, and emotionally evocative topics, she has been able to create long-lasting songs. While growing up in Abuja, Guchi developed her unique theatrical style. You're most likely to be seen with vibrant purple hair, boyfriend T-shirts, and high-heeled boot heels. This notwithstanding, she doesn’t figure herself doing anything else in life besides music. It is her first love which she wouldn’t trade for anything.

Her two cents to fans is to learn that the songs artists release don’t always reflect who they are. She says some of the songs an artist will release could be an advertisement, yet their content could be mistaken to reflect an artist’s way of life. Above all, she has learnt to remain steadfast in God’s love. Also, she preaches the gospel of working hard and believing in oneself.

Guchi songs and EPs are online on Mdundo.com and are available for download in MP3.