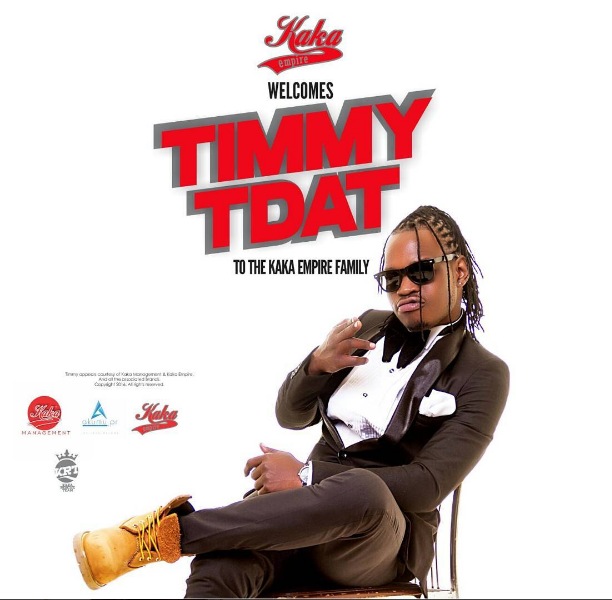 Ever since his debut hit ‘Welle Welle’, rapper Timmy TDat has been on a fast rise to the top with practically all his songs being considered hits.

It’s a wonder he’d remained unsigned for so long, but that finally came to an end yesterday when Kaka Empire, the record label owned by fellow rapper King Kaka, announced the singing of Timmy to their ranks.

And this is no doubt welcomed news for Timmy TDat who just a few weeks ago went through a very nasty and very public breakup with his ex-girlfriend Kush Tracey.

His latest hit Haitosi featuring Wyre has been on heavy rotation on both radio and TV in the past few weeks but Kaka Empire will certainly be looking to getting him straight to work for his first song under the label as soon as possible.