KENYA: H_Art the Band Threaten to Leak Their Music After Differences With Record Label 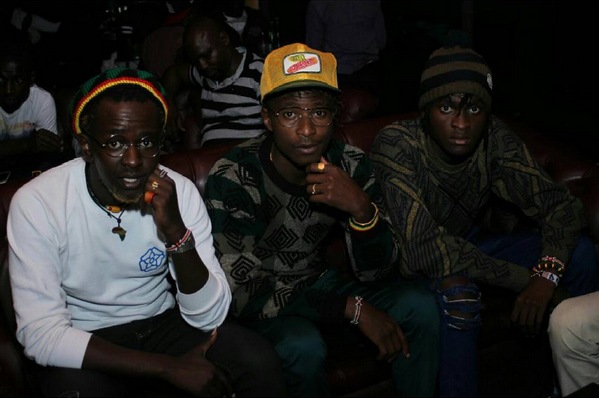 Trio H_Art the Band have had a fast rise to fame since the release of their first smash hit song Uliza Kiatu.

Since then it’s been up and up for the boy band who have experienced not just fame but a lot of success with their numerous shows and performances.

However it seems the three band members are not so happy at the moment particularly with their record label Penya Africa.

In a social media post that went out last week, the band members revealed the difficulties of being signed under a record label saying since they signed they’d recorded many jams that went unreleased making them feel like they lost their free will.

“Our best feeling is sharing our life's experiences through our music. Our happiness comes when our family (#teamH_art) listens, relates and loves our jams,” they began the post.

“Truth is, we have so many recorded jams and for a while we have been so silent but it's not by free will but working under a Label can be quite stressing.

“Our Label Penya Africa has been withholding our songs for quite a long time. They don't want us to release with the excuse that it's not the right time. But, today we say ENOUGH IS ENOUGH. We will be releasing music non-stop with/without their consent,” they concluded

In 2016 the band only have one released song, Cool Down, which was released about two months ago and while leaking their new music might be what their fans ordered, it might not be advisable for the trio as they could land themselves into legal trouble with their label.

However whether they go through with their threats or not remains to be seen.