KENYA: No Time For Healing Broken Hearts, Timmy Back to Making Hits This Time With Wyre on 'Haitosi' 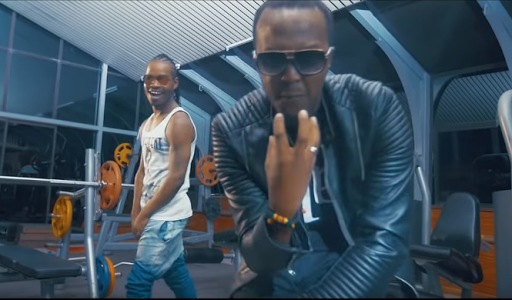 It’s been a complicated few weeks for artist Timmy T Dat with the news of his break up with girlfriend Kush Tracey alleged to have been caused by a heated argument over an unnamed politician ending physical confrontation.

And lately industry heavy weights coming out to condemn his physical confrontation with his ex, you would imagine that all this would have a toll on his mental and perhaps his emotional state and any other person would need a time off to recover.

However for Timmy it seems he is not taking a break from his music career as a week after the incident that has now affected his reputation in the industry, he is back to making music this time with legend Wyre the Love Child.

The song titled ‘Haitosi’ is produced by Jack Jack on the Beat of Pacho Entertainment with the impressive video being directed by Young Wallace.

Check it out bellow;