KENYA: Bahati in Studio With Nigeria's Kiss Daniel as He Becomes the First Ever Gospel Artist to Debut at the Coke Studio Africa Music-Reality Show 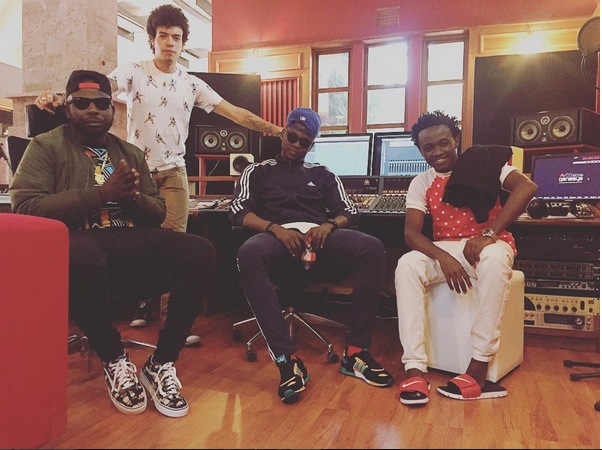 Things are finally looking up for gospel wonder kid Bahati who just became the first gospel artist to ever land a spot in the popular continental reality music TV show Coke Studio Africa.

And considering a few months ago the youngster was threatening to quit music altogether (albeit many believe it was a publicity stunt), he’ll be thanking God and his lucky stars that he didn’t go through with his threat.

Furthermore, this news coming just weeks after the Groove Awards Ceremony concluded, Bahati may be feeling that earning a spot in the Coke Studio lineup is a greater victory than a Groove Award, especially after he and his compatriot Willy Paul were deliberately left out of the nominations by the Groove Committee.

The news broke yesterday after Bahati posted a photo of himself in studio with Nigerian artist Kiss Daniel who is currently in the country for Coke Studio.

Bahati will now have a chance to showcase his talents on an even grander scale as well as connect with some of Africa’s top cream artists.