KENYA: Nigeria's 2 Face Idibia (2Baba), Sauti Sol, Vanessa Mdee and Churchill All On the Same Stage in the Most Disruptive Concert to Ever Grace Kenya (DETAILS INSIDE) 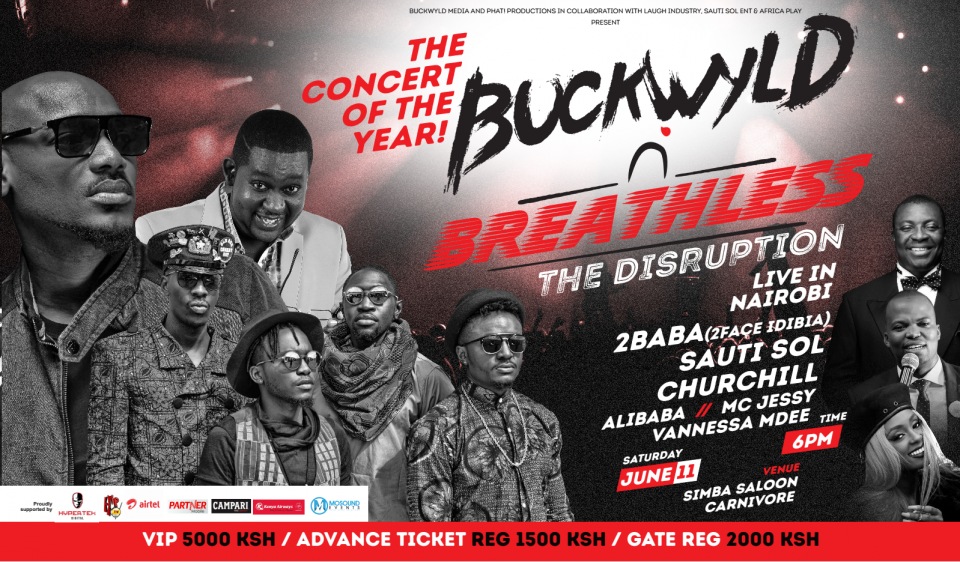 This year, Buckwyld 'n' Breathless: The Disruption brand returns bigger and more audacious as Kenyans have the luxury of getting the first experience. It will be an avenue for “Dynamic, Deep and Salient” connection to the fans from their favorite entertainers all-over Africa. Other concerts will be held in Nigeria (September 3rd, 2016), Ghana and Tanzania (both dates to be announced).

The news of the return of the critically acclaimed game-changing concert experience came in May 3rd when 2Baba and MI Abaga the co-headliner for the Lagos, Dar es Salaam and Accra legs surprised renowned Nigerian on air personality Olisa Adibua and listeners while on The Beat 99.9 FM, Lagos popular show: Morning Rush.