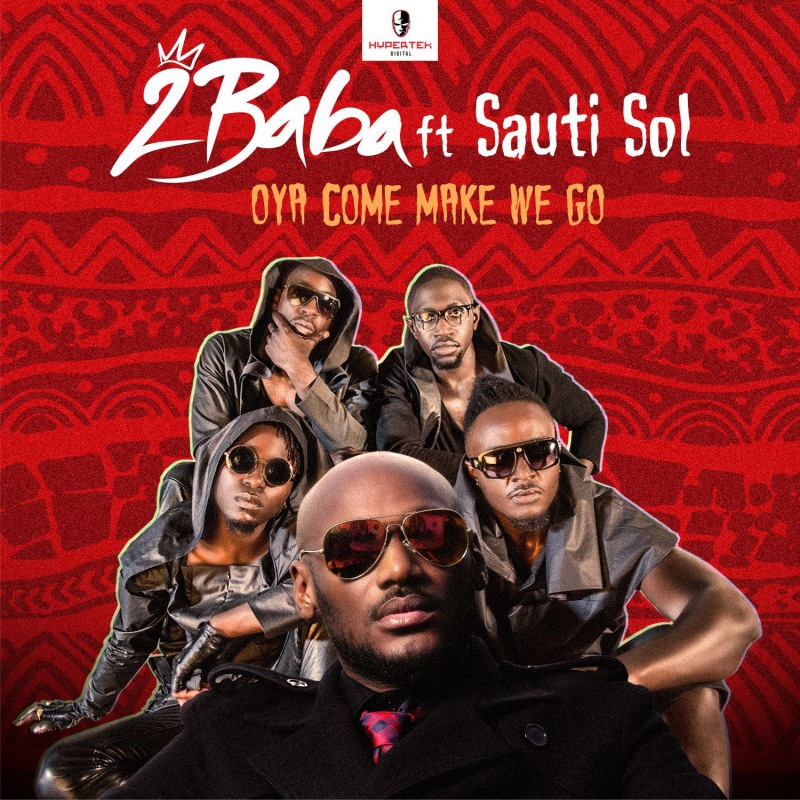 2 Face Idibia a.k.a 2 Baba and Sauti Sol is a collaboration that many fans have been asking about even before the band took off.

Now the dream collabo has finally come true. The song titled ‘Oya Come Make We Go’ is being touted as Africa’s new anthem for “getting-off-your-butt-and-working-towards-your-goal”.

It comes courtesy of a partnership between Hypertek Digital and Terragon limited as distribution partner. The stirring pop tune was produced by J-Sleek and mixed and mastered by MAQAI.

Oya Come Make We Go is a song that inspires the listeners to believe in themselves, dare to dream and make the required strides toward the desired destination.

2Baba begins the track in his trademark style, riding the beat with an elegance that has defined his music for decades.

The hook that follows is as mesmerizing in its simplicity as it is in its message. The fusion of styles is the glue that brings the track together and Sauti Sol is on hand to add extra spice. The kings from the east shine effortlessly on the track through inspiring lyrics and rousing vocal delivery.

2Baba has been on an incredible run this year, releasing two singles earlier in the year; the groovy ‘Coded Tinz’ and the Valentine Special ‘Officially Blind’. On 20 April, 2016, he became the first ever Nigerian ambassador of Italian liqueur brand, Campari.