KENYA: Find Out What Prezzo Did to Make Jaguar Change Tactics in New Collabo With Mafikizolo 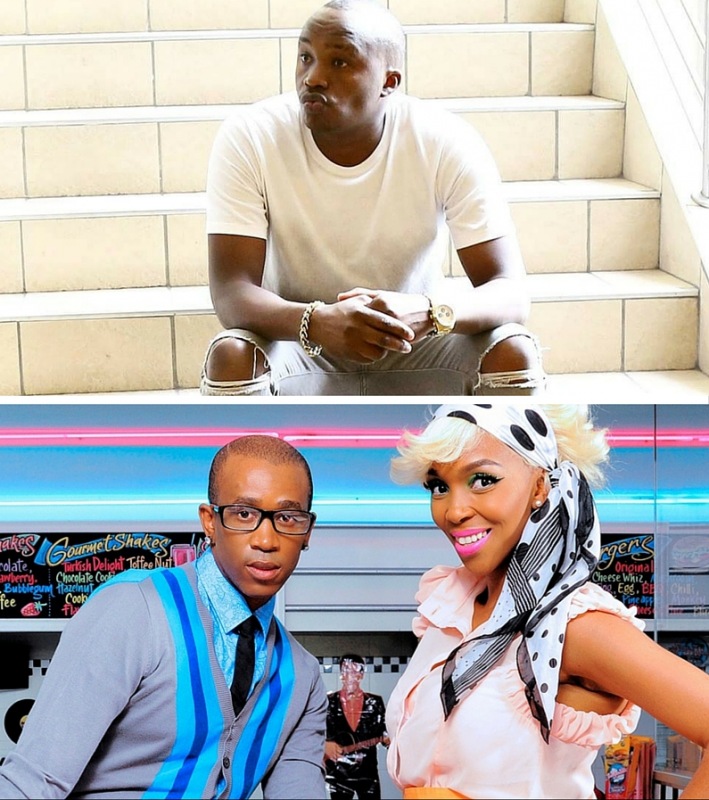 Theirs is a rivalry that seems to span back to when they were both still new to Kenya’s music industry and there seems to be no beef that’s lasted as long as theirs in Kenya.

Yes, for as long as we can remember Jaguar and Prezzo have always been at each other’s throats and neither with any kind words about the other.

Yesterday Jaguar was at the QFM studios with Rashid Abdalla and Munene Nyaga where he revealed the reason for the delay in the release of his collaborative effort with South Africa’s Mafikizolo titled Going Nowhere meant to drop yesterday, and how his rival Prezzo influenced some of his lyrics in the song.

According to the Matapelli singer, Mafikizolo personally requested that the release be delayed as they are currently publicizing their song Colors of Africa with Tanzanian heartthrob Diamond Platinumz that was released just a few hours ago.

Now it’s unclear how long fans will have to wait till Jaguar is able to release the new song.

Jaguar who is prone to using Swahili lyrics in all of his songs also revealed that in the new song he switches to English simply to prove Prezzo’s ‘He can’t speak English’ comments.

As to what the lyrics are per say, we may not know until the song is dropped. But in the mean time you can enjoy this snippet of Jaguar and Mafikizolo, Going Nowhere;