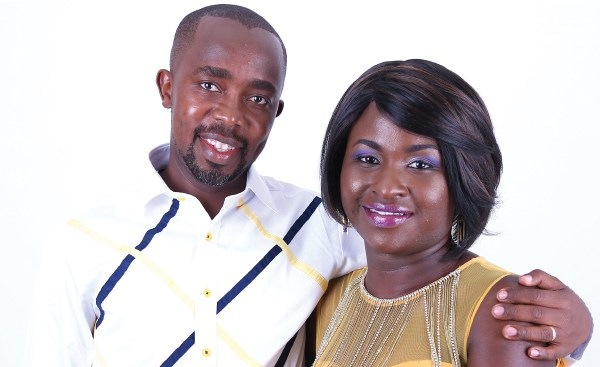 Gospel artist and ‘Mwema’ hit maker Mercy Masika and her husband Mr David Muguro, were over the weekend involved in an accident that occurred along the Thika Road Superhighway.

And while from a distance it looked fatal with the two cars involved mangled, the occupants of both vehicles walked away from the accident with only a few scratches and bruises.

Her husband David who also doubles as the artist’s manager revealed to Mdundo that they were headed for an award ceremony at the time when their car was rear-ended by another vehicle near Githurai. 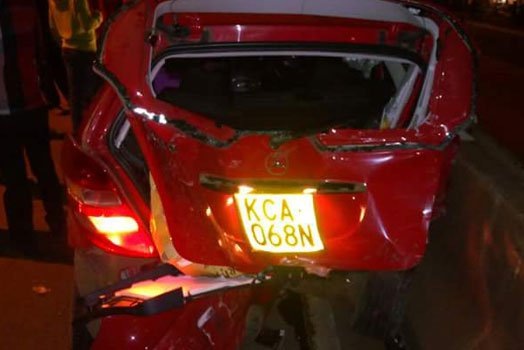 The vehicle they were travelling in (a Mercedes) was badly damaged however it was the other vehicle (a Toyota Surf) that took the worst of the damage with the front completely ruined and even deploying the airbags.

They were then taken to the Aga Khan Hospital by an ambulance that was on patrol in the area. 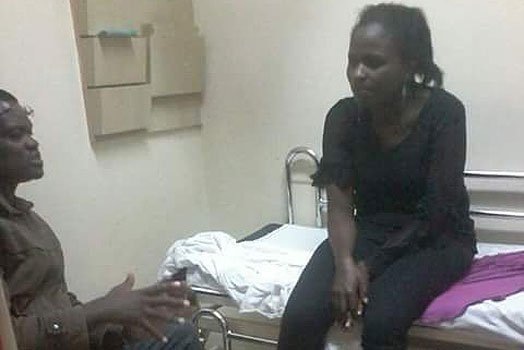 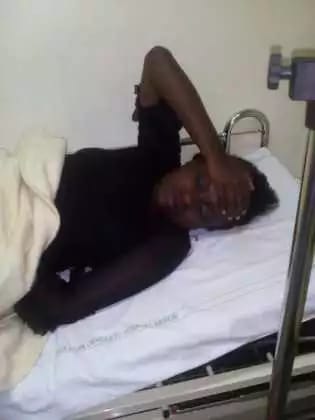 Later they were released with a clean bill of health and on Sunday, April 24 Mercy Masika performed at the Pure Praise concert held at the KICC as a way to send a message to her fans that she was doing well.