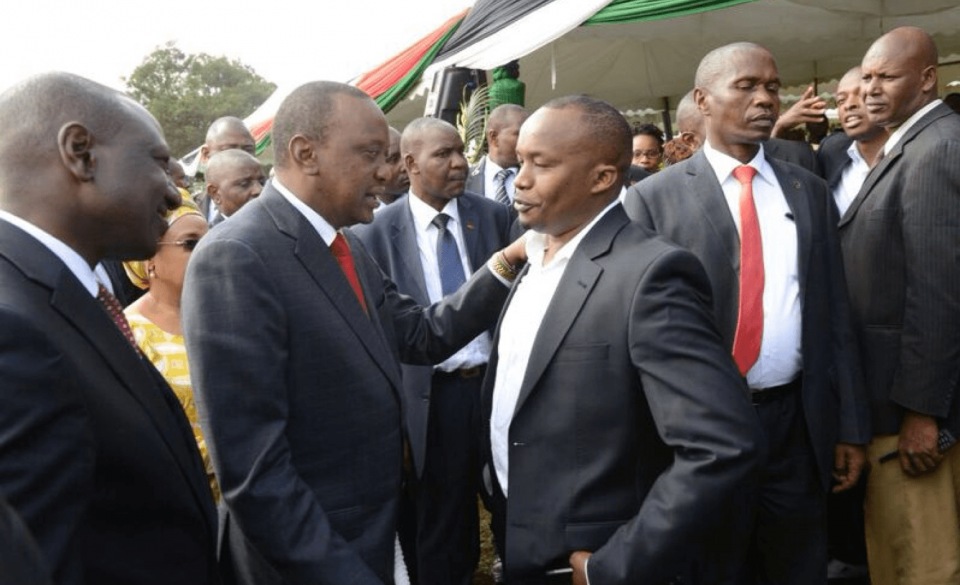 Ever since his Presidential appointment to the board of the National Authority for Campaign against Alcohol and Drug Abuse (NACADA) Kigeugeu singer Jaguar has been a busy boy trying to fight the good fight againsts drug abuse in the country.

However time and time again the singer has spoken in public saying that his work has been made harder thanks to some unnamed individuals who sit on the NACADA board.

Recently when President Uhuru Kenyatta was hosting the drama festival champions at the Sagana State Lodge, the singer who was present at the venue pulled the President away for a 10-minute.

The topic of their discussion according to reports is said to have been on the growing drug menace in the country and the state of NACADA board.

A few weeks ago, Jaguar was on record claiming that the NACADA board and it’ CEO had failed on its mandate to solve the drug problem in the country.

Speaking to The Standard newspaper’s Monday Blues Jaguar said; "The President gave me an ear and I briefed him on the situation at NACADA, on a personal opinion. I have been vocal about what I believe is bad leadership at NACADA as the top officers seems disconnected from the youth who make the largest group of people affected by drug abuse."

"I have been passionate about the matter. Even before I was appointed, I was vocal and active on issues to do with youth and drugs. If NACADA is not serving its purpose, then it should be disbanded then we would have a fresh team coming in to take the roles. Why should we play politics with the lives of thousands of Kenya's who are hooked on drugs?" he remarked.