KENYA: Just A Band Issue Farewell Message to their Fans, And Reveal What They'll Be Doing as Individuals 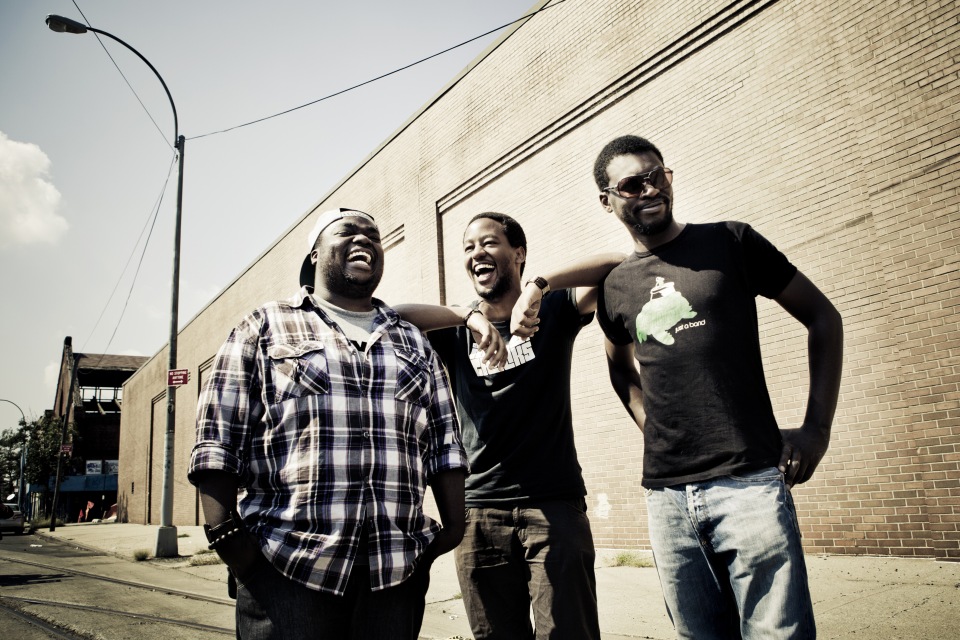 Is this the end for Just A Band? Well maybe not forever but for an indefinite time, you may not get to hear from your favorite Kenyan electro-house band.

Does this mean they’ve broken up? Well according to their recently released blog post, the band members have mutually agreed to take a break from making music together so that they can focus on their own personal growth.

Which does not necessarily mean that we won’t get to enjoy some of their individual works in coming days, months or years even. And indeed they've revealed that they will be launching their own individual projects.

Lead band member Blinky Bill will be releasing his solo album as well as other music projects later on. He also recently landed a job at the Redbull Music Academy in Nairobi. Band member Daniel will be working on creating a graphic novel while Mbithi will be releasing a film soon.

Just A Band which has been together now for close to a decade only recently published their book titled Just A Book which is meant to be an biography of the band from the time they came together to where they are now.

In their message the band promises that they will return and in fact their time a part from each other will have made them stronger.

Check out what they wrote;

We're typing at you today to announce that Just A Band is taking a break.

Just to clarify, we're not breaking up! We're just taking some time away from our group to work on our individual projects for a while.

The band has been active since 2008, and we held it in our heads as a burning idea for five years before that. We've come to the point where a refresh is in order. And fortunately, the band has been super successful in one of its main goals since its inception: to open up opportunities for each of us in the collective to explore and express ourselves in all the manners and media and forms that we find compelling. For this, we can't thank you all enough.

We feel that Just A Band will be stronger as a unit for us taking the time to explore these paths and become stronger as individuals. We shall return as Voltron! (As opposed to the Ninja Turtles, haha.)

Again, thank you all so much for supporting us all these years. You can still check out our discography online, and see the book that we put out chronicling the formation and early years of the band.

Also, we will be doing our final two live shows this week. Come catch our sweaty, noisy basement-style party at the Goethe Institut Auditorium on the 8th! It's the finnissage for our third video art exhibition, Perspective, which if you haven't seen yet, is still running all this week! Finally, you can catch us playing the Blankets and Wine stage on the 10th for the final Just A Band show for two years.

And here's a song that we're going to leave you with, it's from what was going to be the fourth album, and it's called Kids These Days.

Until then, you can follow everyone's individual adventures online:

Blinky Bill has a tonne of cool musical projects on the go, most momentous of which is his first solo album that's coming out later this year tentatively titled “Everyone's Just Winging It & Other Fly Tales”. He is also working on some art experiments for the Dakar Bienalle this year as well as a new monthly show on RBMA Radio.

Daniel, under his alias of Nairobidhobi, will be involved in different media. His primary project will be creating a graphic novel that he's been talking about for years, and experimenting with the comics collective called Comi(K)ment Issues.

Mbithi is already putting the finishing touches on his first feature length film KatiKati, which will be out later this year. He will keep exploring soundscapes as his alter ego, Ricky Suede.

We're freaked out and excited and buzzing with electricity at this whole new chapter of the adventure.

Peace and Love, y'all!