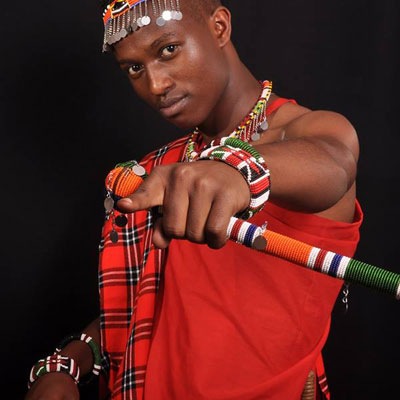 Willy Paul and Bahati beefing is not a new story and many fans and some of their peers seem to have had more than enough of what they are calling their ‘childish acts’.

Gospel artist L Jay Maasai is one of them who penned an angry response to their new quarrel on social media earlier today asking the two to ‘grow up’ and stop the antics.

“Personally nime wa Shiba. Honestly, I cry for our generation if these are the people they are to look up to…” he wrote.

The ‘Sigogo’ singer goes on to condemn Bahati for bringing the issue to the light of the public instead of solving the matter privately as the good book says to. He called this a publicity stunt saying that even the fans were on to Bahati’s real intentions.

He goes on to accuse the two of turning the Gospel ministry into showbiz and says that their actions are guided by jealousy, hypocrisy and pretense.

“Najua we are all not perfect but you guys have completely turned the gospel ministry into showbiz and a battle field where we are fighting against each other. Trying to bring one down, so that the other might be on top we are now governed by jealousy, hypocrisy and pretense.’

In conclusion L Jay says that if Bahati and Willy Paul are not interested in Ministering, the should move to secular music.

However not all believed the Gospel singer’s actions were guided by honesty, some fans accused him of pulling the same publicity stunts he was accusing the controversial Gospel artists of. 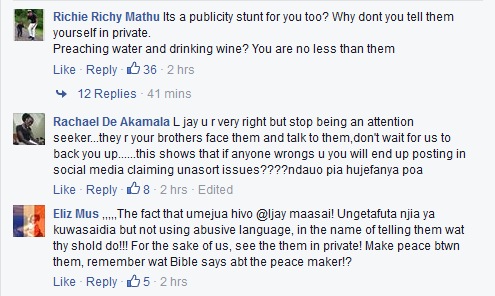 Nkt!! Bahati and Willy Paul, I think that i speak for many people/fans/artists and music industry stake holders when i...