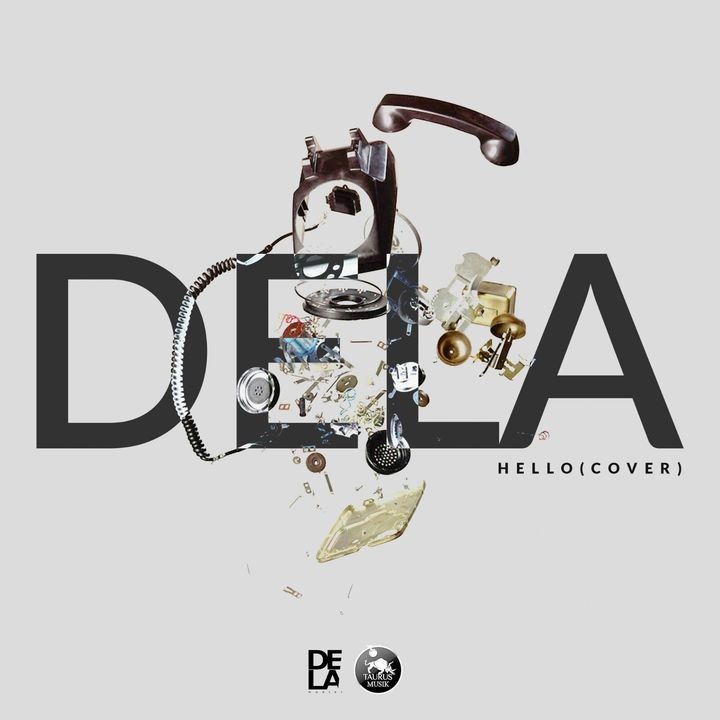 What started as a random and unplanned recording, as described by one of its producers Polycarp a.k.a. Fancy Fingers, Dela’s cover of ‘Hello’ by Adele has gone on to become a worldwide phenomenon catching even the attention of international media.

International lifestyle websites the likes of Refinery29, Harpersbazaar, and Hellogiggles, have shown some love to Dela’s Swahili cover and given the singer and the cover a massive boost in the international scene. 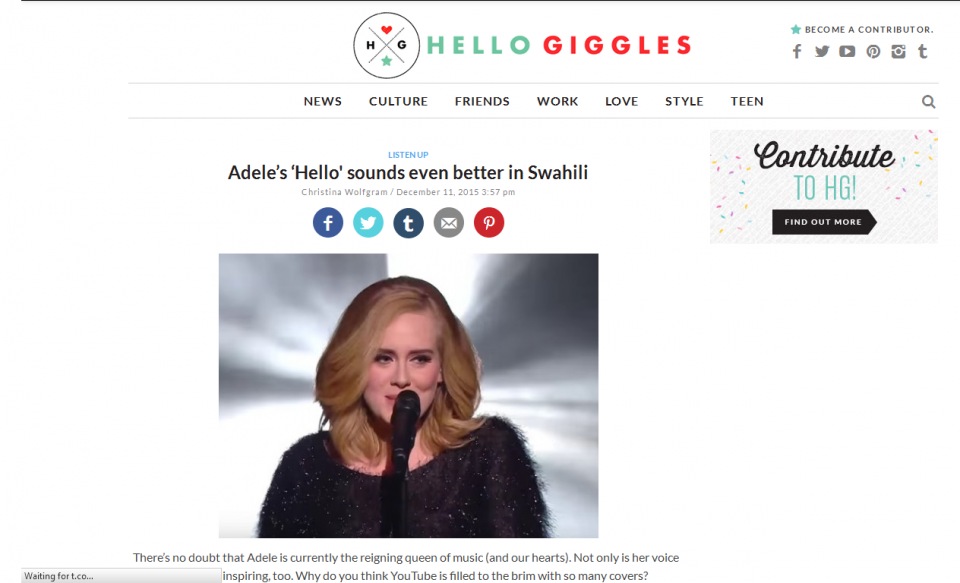 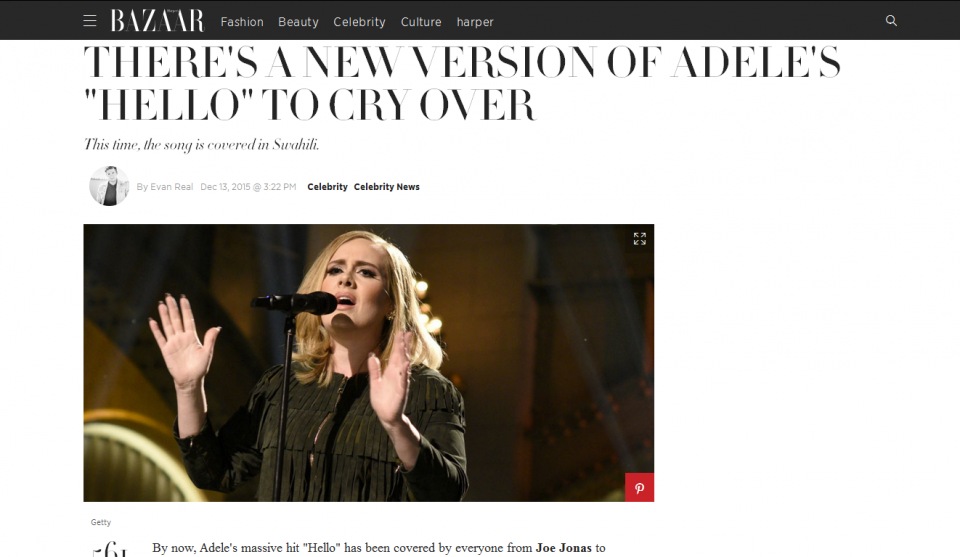 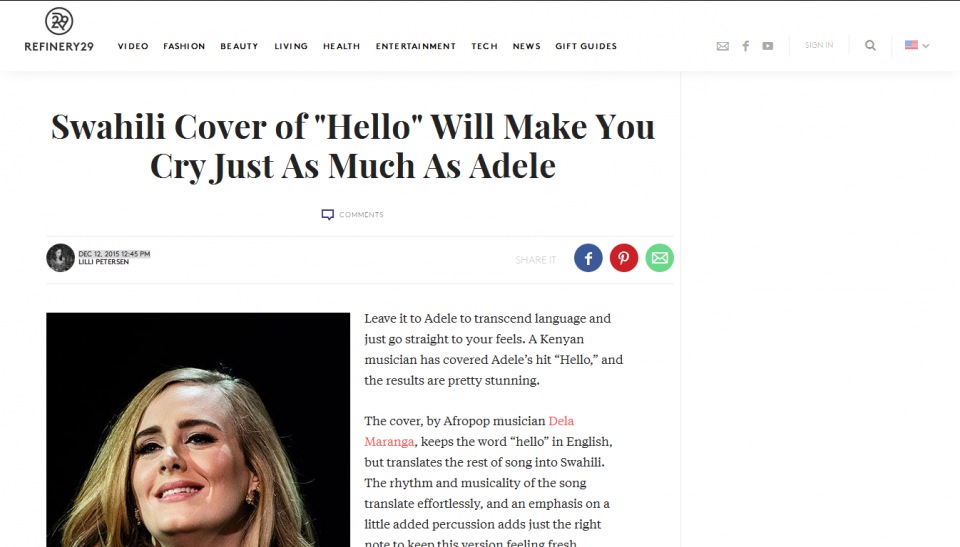 Many flocked her YouTube channel to listen to the cover and share her love with Dela. Check out some of the reviews she got; 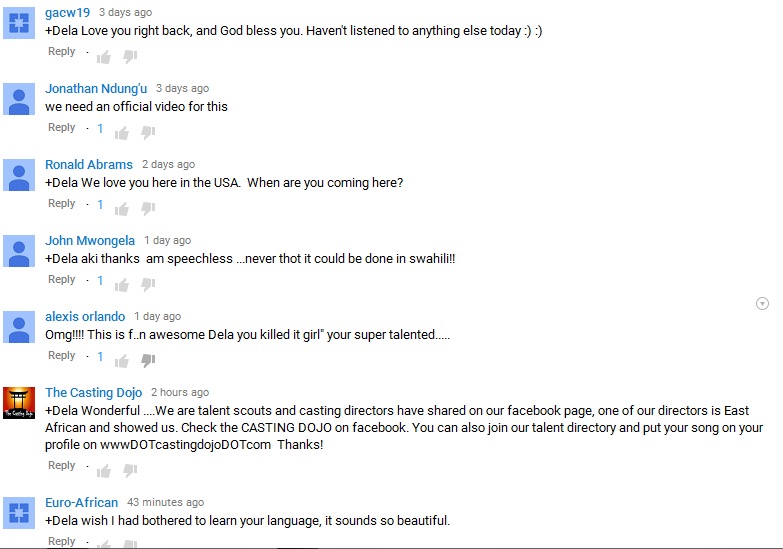 In just six days, the video has reached more than 170k views and climbing. All we can say on our end is well done to Dela and her team.