NEWS (KENYA): The 'Mbona' Controversy, Who Got the Royalties, Denno and Daddy Owen Finally Speak 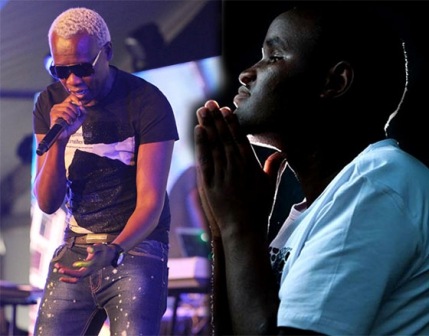 Controversy rocked the Gospel industry in Kenya recently since the release of the song ‘Story Yangu’ by Bahati featuring Denno and with it revelations of misplaced royalties.

Denno who was brought into the limelight three years ago by Daddy Owen in their hit song ‘Mbona’, showed the world that there was more to him than being visually impaired. He gained instant fame and everyone in the music industry expected that he would become one of the big faces of Gospel.

However aside from a few songs which went unnoticed, Denno struggled to make his name on his own and as he recently revealed also had a hard time financially as well.

And while he couldn’t blame anyone for his musical troubles, on the financial side of things there was one name that he attributed to his troubles. That was the multi-award winning Daddy Owen who according to Denno did not share the royalties from the song ‘Mbona’ with him.

This got the attention of many names in the entertainment industry many of whom had different views on the matter.

Daddy Owen’s brother Rufftone claimed that Denno was awarded Sh. 1 million and a business in his name but squandered his new found wealth. Bahati on the other hand seemed to be in support of the visually impaired singer and even gave him a platform to share his story through their new song ‘Story Yangu’ and had his say on social media as well.

All the while Daddy Owen refused to comment on the matter saying he had sorted the matter out in a private sitting with Denno.

However last week the award winning artist finally broke his silence during an interview with Heads Up where he expressed his deep sadness in Denno’s betrayal.

“I have been seeing the exchanges online and as a sane person, I decided to go face the brother. The whole family (Denno’s) and I had a meeting where we settled everything or so I thought .” he said before adding that “Despite everything, I will not hold any grudge against anyone because I have been in this industry long enough to know that these things happen.”

Recently Denno also opened up to Ghafla in an exclusive interview on the 1 Million shilling matter saying, “The million shillings was not given to me, they held an album launch with the money.”

He also added that he has no businesses and that there was no business that was set up on his stead by Daddy Owen, “Biashara hakuniwekea, hakuna biashara nafanyanga.”

Speaking on the royalties, Denno concluded that he received no royalties from the song ‘Mbona’ from the Music Copyright Society of Kenya (MCSK) because the song was only registered under Daddy Owen’s name.

“I have not received any royalties, I went to MCSK last year August, then I found out that there is no money. ‘Mbona’ is not under my name so I was not entitled to any royalties. The song is under Daddy Owen’s name. I am supposed to get a direct percentage because I’m a member of MCSK, but I didn’t get even a cent.”

On the other hand Denno also admitted to mismanagement on his side saying it was the precious of fame that made him squander the little money he had.

“There are expectations that come when it depends on fame and I could not keep up. I am still living beyond my means because I became famous.” Denno said in admission. 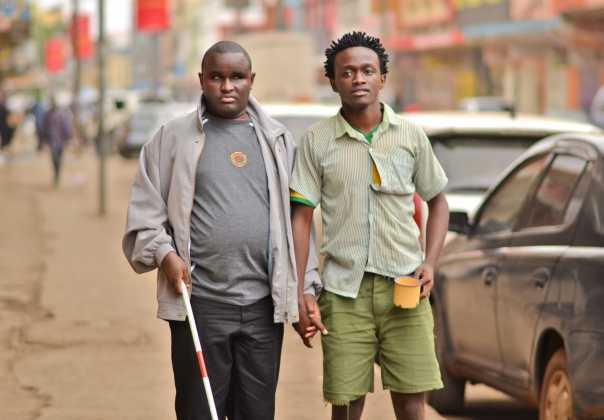 He also defended Bahati, who had been under fire for supporting him in his claims saying, “Bahati just wrote about my life, he did not point anyone out. I have been very happy for the last week; I’m back to the scene. I have registered the song with Bahati but he has given me 100% of the royalties.”

It also came out that one of the industry’s leading artists, Jaguar, would be paying for one of Denno’s recordings as the visually impaired singer promised not to go down the same path he did in the past.

Despite the controversy, Denno insists that there was no bad blood between him and Daddy Owen.