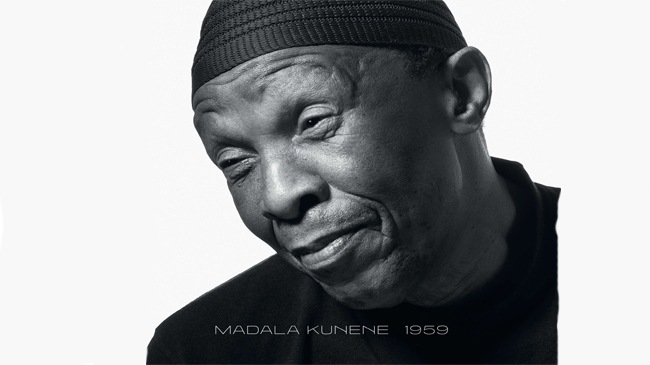 The legendary Madala Kunene is set to release his 8th studio album ‘1959′, on November 2nd. Having been in the industry for over 40 years, many are not quite able to box Madala’s sound under a specific genre as his is a sound that’s continuously evolving, allowing him to perform all over the world. Dubbed the “Undisputed King of the Zulu blues” , Madala is a self-taught guitarist who began playing when he was just 7 years old on the streets of Durban, throughout his lengthy career he has performed and recorded in Denmark, France, Switzerland and the USA.

1959 is a 12 track album that tells the story of the forced removals that happened in his hometown of Cato Manor, Durban in 1959. True to his nature, Madala showcases his traditional story telling skills in a unique and almost enchanting manner. Madala or “Bafo” (brother) as he is affectionately known, has always been just about the music, refusing to conform to commercial sounds and this album is no different, it is a unique transfusion of Maskandi, Mbaqanga, Cool Jazz and Blues.

Madala has been active in the music industry for a couple of decades and at age 64, he is making some of the finest music of his career to date. Long may it continue from this legendary South African musician.