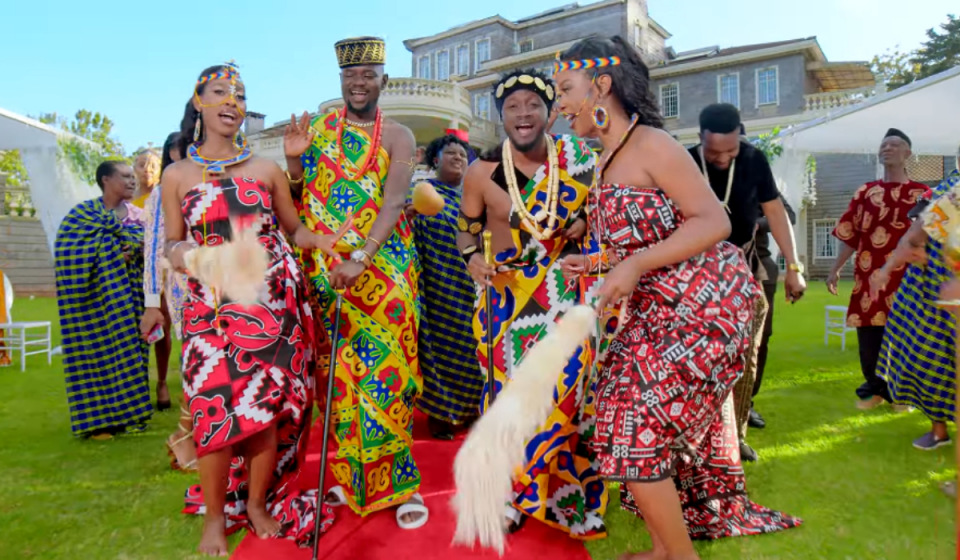 Kenyan music star Bahati has released a new track dubbed 'Abebo' in collaboration with vernacular singer Prince Indah. 'Abebo' is a love song that is suitable for a wedding ceremony. The music video bears the storyline of the two singers introducing their partners to their families in a traditional wedding ceremony.

The audio of the song has been produced by Teddy B & Mesesi. The video, on the other hand, has been directed by Young Wallace. The music video features the two artists and beautiful video vixens who are dressed in African attire. One can tell that Bahati had to dig a little bit deeper into his pockets to achieve the high quality of the video.

This is the second song from the duo who took the Kenyan music scene by storm at the beginning of the year with the viral 'Adhiambo' hit song. 'Adhiambo' went viral on the internet and earned millions of views and streams across various music streaming platforms. Music lovers have praised the seamless chemistry that exists between Bahati and Prince Indah, citing that the two have a unique way of presenting the theme of love in their songs.

Bahati had previously released 'My Beginning' which gained over half a million views on YouTube within two weeks of its release. Prince Indah has also been dominating music charts with his latest single dubbed 'Herawa Ni'.