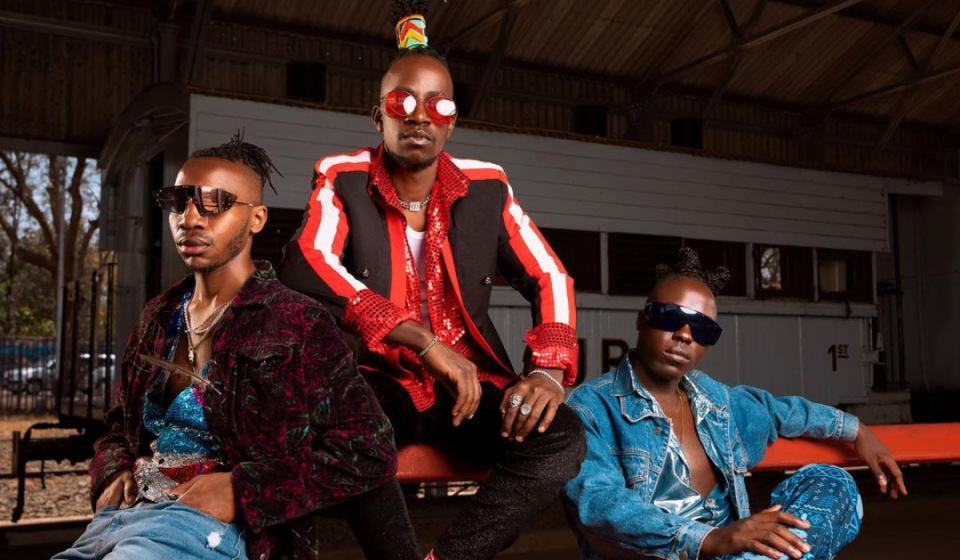 Sensational Kenyan boyband Lafrik has released its debut album dubbed 'Love Freaks'. The 13-track album was officially launched on November 20th, 2022. The launch was attended by the creme de la creme in in Kenyan music industry, including the likes of; Bien Aime, Antoneosoul, H_art The Band, and many others.

The project only has two collaborations. It features Charisma on 'Dododo' and H_art The Band on 'For Your Love'. The remaining 11 single tracks include; 'Ndakhuyanza', 'Goodman', 'Encanto', 'Nitakupenda', 'Nakupa Moyo', 'Pesa', 'My baby', 'Amua Leo', 'Siri Ya Wawili', 'Uko Wapi', and 'Rudi Kenya' respectively.

The album was majorly produced by celebrated music producer Cedo. The beats of the songs borrow a lot from the African instruments. One can easily identify some of the Kenyan sounds in the album. Some of the songs, however, borrow from the RnB genre but with a local touch.

The majority of the songs address the theme of love. The band displays top-notch songwriting skills that deliver the message with a poetic vibe. The vocals of the artists and the seamless chemistry among them blend everything together to create a masterpiece. The band has been praised by many for representing the African culture, specifically African music in the album 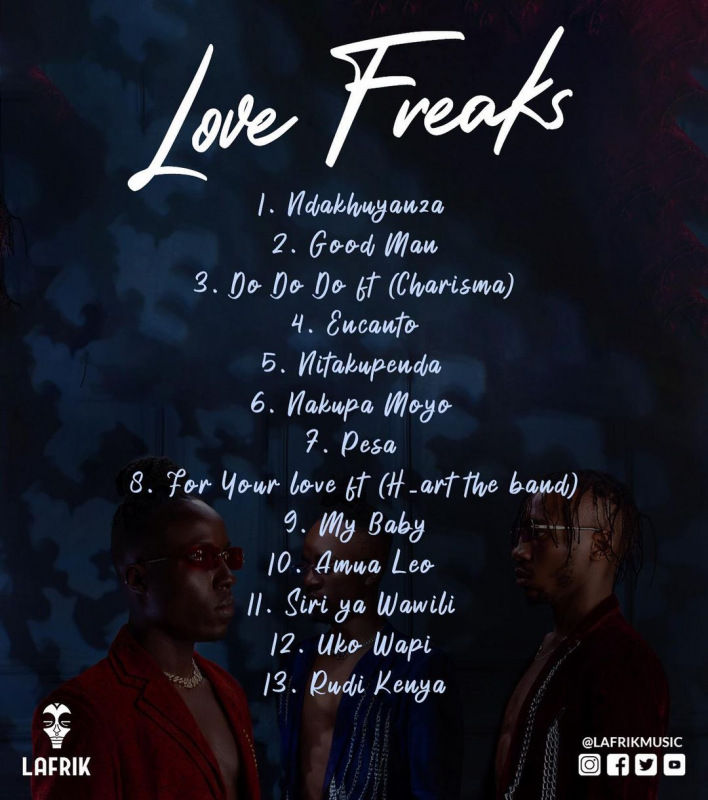 The band through a statement it released on its social media pages revealed that the album was inspired by some of the challenges they faced as a band.

"The beginning of this year 2022 really tested our relationship together as Lafrik, and to live another day together almost seemed impossible. We had it all and we lost it all. At some point, we were not friends, not enemies, just strangers with some memories. During this time though one thing stood out in us, Lafrik is not an option it’s a priority. Music was our unpaid therapist and the one thing we knew how to do together excellently," a statement shared on Lafrik's social media pages read.

So far no video has been released. The songs are available for free download on Mdundo.com.