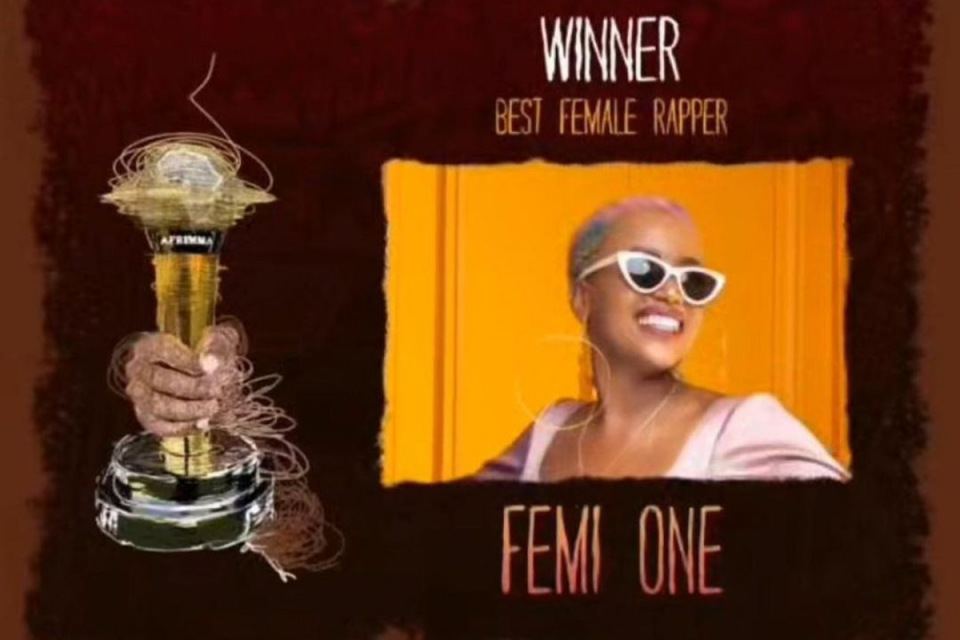 Femi One's victory was one of a kind as she went into history books as the first East African rapper to win the award. In 2021, the award went to Zambian rapper Bombshell Grenade. In 2020, Ghanaian rapper Eno Borony took the award home. The win has, therefore, marked a major achievement not just for Femi One but also for the entire Kenyan music industry.

The rapper expressed gratitude to her fans in a statement that she issued on her social media pages. She pointed out that the award was a result of consistency, teamwork, and patience. She also encouraged young upcoming female rappers not to give up on their dreams, citing that they have a spot in the music industry.

"WE WON!!! Best Female Rapper In Africa. The first East African Female rapper to take it home, it’s such a big pat on the back for my team and I for all the work we’ve put in throughout the years. Truly consistency, teamwork, and patience pays !! This should be an encouragement for all the up-and-coming Female rappers! There is a spot for you in this industry, keep building, keep doing it, they are watching. Thank you all so much for the continued support," Femi One's statement read.

King Kaka, who is the managing director of Kaka Empire that has signed Femi One, joined in the celebration. He praised the youngster for her growth, adding that she was now ready to take on the world with her talent.

"I’ve seen you grow, I’ve seen you build, Now the world is ready for you. Ladies & Gentlemen I present to you The Best Female Rapper in Africa @femi_one your story is a miracle, God Loves you. The Kaka Empire Team Big Up and everyone who made this possible," King Kaka wrote online.