EXCLUSIVE: Why You Should Punish Yourself For Missing Out On The Mdundo Lounge April Edition!

She picks up the microphone and art immediately takes mortal form and becomes alive; She talks and simple words sound like poetry in the hands of an opera singer.  Xtatic is not your average rap artist and on 2nd of April, at the Mdundo lounge, she did more than shut the house down, she owned it!

And with every single track she performed, she somehow managed to make it sound better than the original.

I was there dear reader trying to ensnare the moment with what I had: eyes and memory. For starters, how she simply held the mic was artistic; a paintbrush in the hands of a master artist – the female Van Gogh.

The microphone became her canvass and the audience saw art with their ears. It was incredible dear reader.  I was there, I saw the revolution of African hip hop music and Africa, the wave coming your way cannot be escaped! 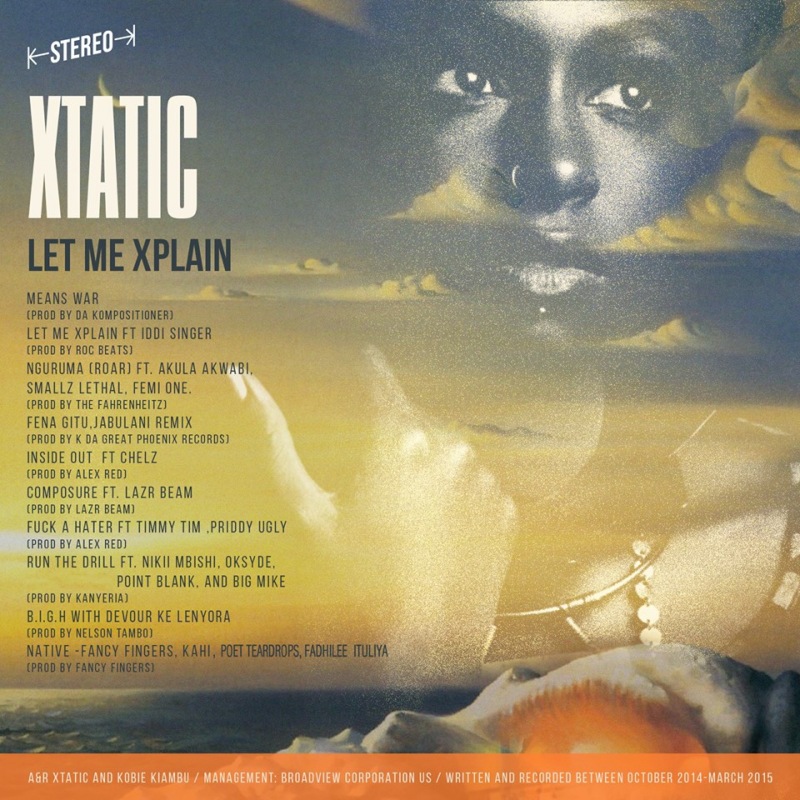 Fast forward and the musical version of the great general Napoléon Bonaparte, Smallz Lethal and our female rap deity Femi One joined Xtatic in this rewriting of history – history rewritten with just but a microphone. Ladies and gentlemen Mdundo Lounge was forever remolded with a progesterone flow. A lion hearted lady, did more than roaring on the microphone, she adopted and took on the role of a canary. It was the embodiment of proviso!

And all this, was just but the tip – rap then met golden vocal strings from singing nightingale Fena gitu… “jabulani”  was remixed live on stage, merely a few meters from my cornea and it couldn’t have sounded better! Tupac must’ve been spinning in his grave as the celestial beings in the pearly gates shuffled their feet in excitement. It was simply that good!

Let me explain music enthusiasts. Xtatic is why “history” was called so - so that she could change it. Forget your average Joe mix-tapes, this in my opinion, should have been an album but what this tells us, is that what you consider her best, is simply a doodle on her artistry sketch pad.

This album is the embodiment of music itself! She took mere words and adored them in flesh and when she took the microphone breathed a soul into them, “Let me Explain” is what your ears were  made for.

I may have captured the moment, but I am still afraid my words couldn’t possibly be enough. But here’s what, get the free mix-tape right here on Mdundo and get to feel what true art is all about. Get to know who Xtatic really is!