EXCLUSIVE: SOSUUN PUTS ON “SURA YA KAZI” FOR THE OTHER RAPPERS 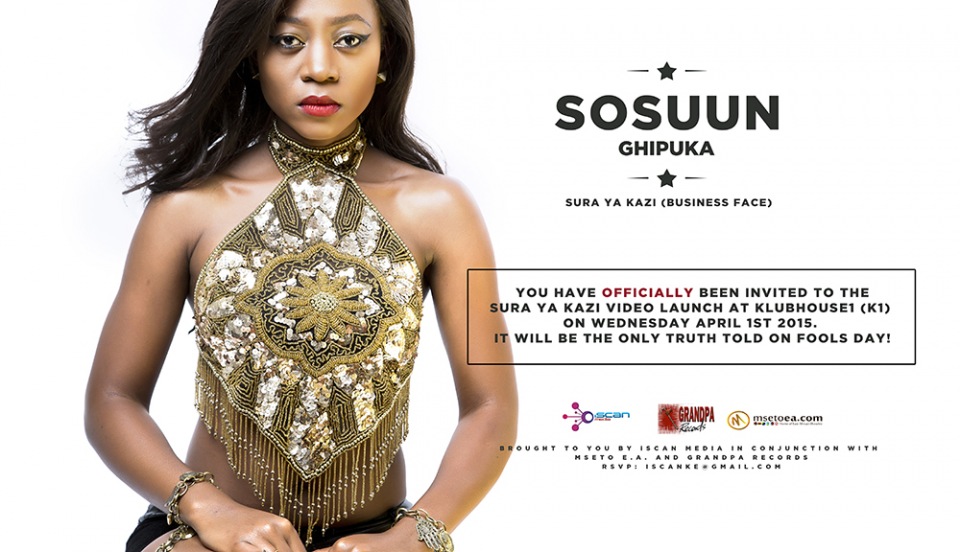 Fast rising female rapper Sosuun is releasing her first single, since signing on iScan Media as her management team late last year, titled “Sura ya Kazi”. The Launch is at K1 on Wed 1st April 2015 from 7p.m. at the Afrobeat Wednesday event powered by Mseto EA. The song is produced by Grandpa Records and the video directed by award winning director J. Blessing. Sosuun has undergone a re-branding as evidenced by her new look/sound and is setting her eyes to represent Kenya at the highest levels in music.

Sosuun has recently featured prominently in another super collaboration that has been recently released from Grandpa Records called Fimbo ya Tatu which includes other super stars like Kenrazy, Wyre and Bien from Sauti Sol. Reviews from critics have put her performance and delivery on the collaboration as the best.

Sosuun started rapping in 2012 and has progressively improved her game lyrically and image wise. She is now approaching her peak under the guidance of her management and is ready to take the world by storm. We welcome all lovers of good Kenyan music to the launch at K1 on Wed and witness for themselves the unveiling of the new Sosuun.