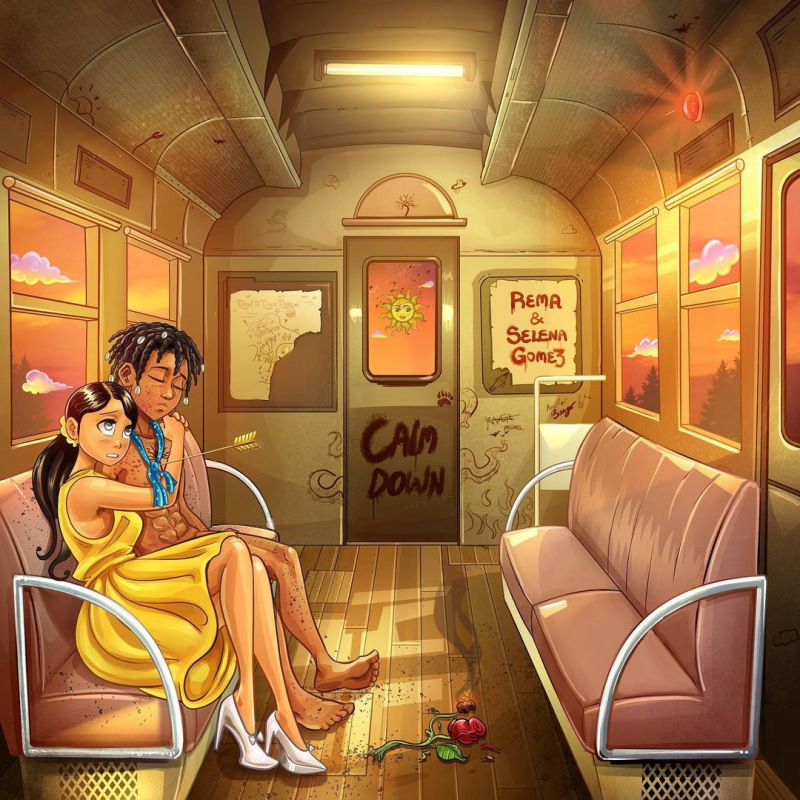 The remix of the energizing hit "Calm Down" performed by Nigerian artist Rema and American pop star Selena Gomez is now out. The remix follows the success of the original song done by the Afrorave artist six months ago and topped music charts in Nigeria.

Rema managed to garner 137 million views on YouTube alone from the record's official video. Calm Down is one of the standout records on Rema's debut album ‘Rave & Roses’ and quickly became the Most Shazamed Song in France a few months after release.

The super talented Nigerian singer has a reputation for blending Western influences with hip-hop and Afrobeats which created Afrorave. It’s a subgenre of Afrobeats with influences from Indian-Arabian music.

‘Calm Down’ remix follows the announcement by the American singer that she was in for a collaboration with Rema. On Instagram, Gomez hinted at the upcoming collaboration by posting a snapshot of the two of them with the remark, "Coming soon."

Fan reaction was mixed when a video of the two sharing a sweet moment backstage at Rema's LA show surfaced a few days before this announcement. Gomez gives the song a new persona, flavour and touch. Both artists align their witty lyrics in an intriguing manner that would impress many listeners. Rema's vocal and literary skills are on full display throughout the song.

Talented Nigerian producer, Andre Vibez did a superb job on this production. "Calm Down" is one of the hit songs that made up "Rave & Roses," with 16 tracks and now the remix has just given fresh life to the record.

Listen to Rema "Calm Down" featuring Selena Gomez below: -