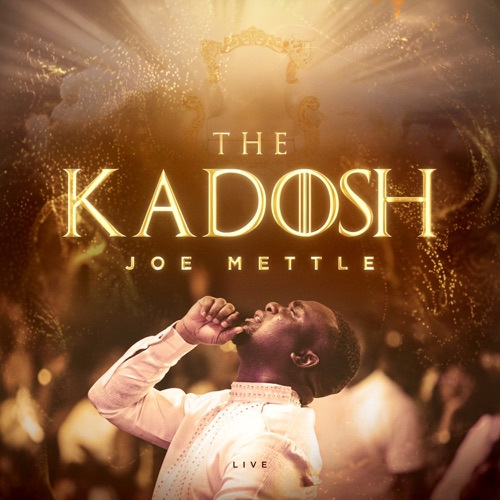 The long wait for the release of the new album ‘The Kadosh’ by Ghanaian gospel artist Joe Mettle is out.

The legendary gospel singer had his fans on bated breath since he first announced the release of his seventh album.

According to Joe, his baby inspired him to name the album ‘The Kadosh’. He describes it as an act of God’s holiness to his people as it ministers to them in a different way.

“This spirit filled album speaks of the Holiness of God, a must listen, as it will minister to your spirit and soul to seek Holiness and pursue the one true Holy God — “THE KADOSH”. Keep praying with us family,” he posted on his Instagram page.

Download All Joe Mettle Songs for FREE on MDUNDO

He describes this album as deeply favoured, citing that his team went for its tour without any sponsors. Joe held several concerts ahead of the final album launch. He is a worshiper first and foremost, despite the fact that his career is in marketing. At the Ghana Music Awards on April 8, 2017, he created history when he became the first Gospel singer to win the highly coveted Artist of the Year title.