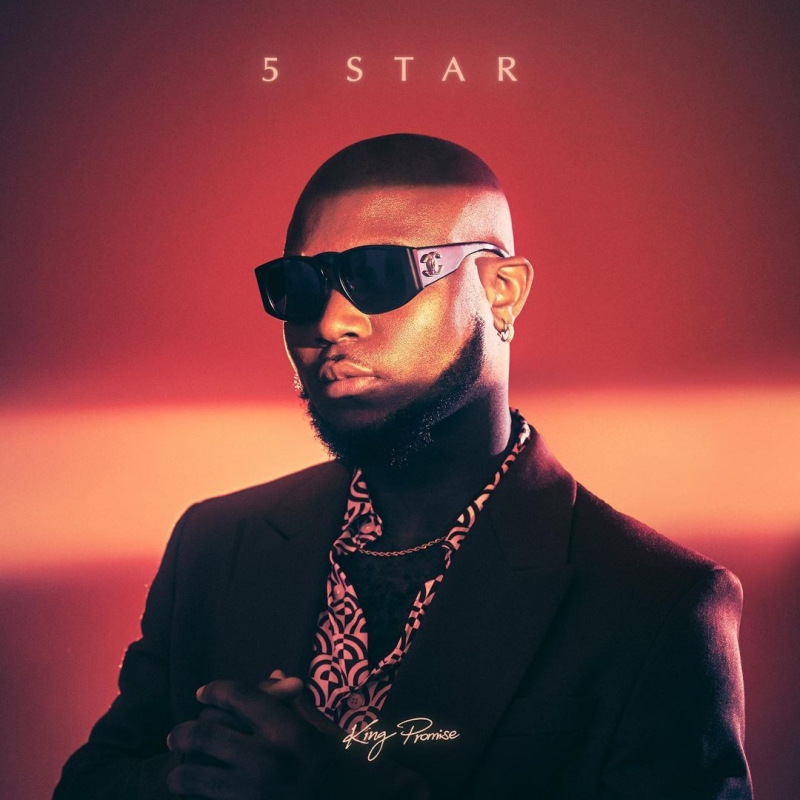 After months of waiting, King Promise kept his word and has dropped his much anticipated new album ‘5 Star’.

5 Star is the singer’s second album and follows the steps of his first album ‘As Promised’ featuring some of the finest artists in Ghana, the UK, the USA and Nigeria. Omah Lay, Headie One, WSTRN, Chance The Rapper, Vic Mensa, Patoranking, Frenna and Bisa Kdei all scored a feature on the project.

He also features Patoranking in two major songs, ‘Ginger’ and ‘Chop Life’ and his sizzling new music video ’10 Toes’ features Omah Lay. King Promise admitted that the 15-track album was impacted by both the culture and the individuals he has spent time with in recent times.

He went on to say that the new album, '5 Star,' represents a growth not only in personality but also in sound in comparison to the previous album, 'As Promised.'

King Promise also says this album is a story about this entire life.

“Big love & Respect to everyone who spent days & nights working on this with me. Blood, Sweat & Tears . This Project here is my story. Nungua boy going global. Ghana to the world,” he wrote on his Instagram page.

Listen and download tracks from King Promise - 5 Star album below: -