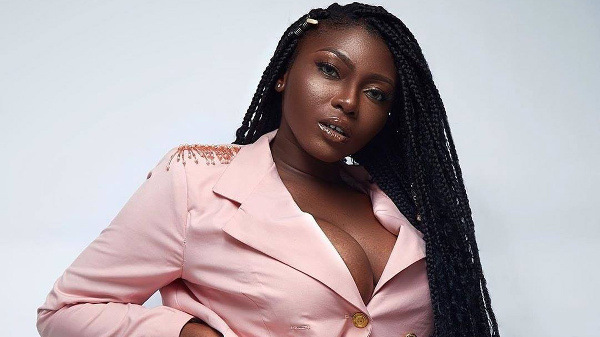 Ghanaian singer and songwriter S3fa has weighed in on a raging debate about video sharing app Tik Tok and the role it plays in music promotion.

According to S3fa, TikTok is a major factor in the decline of the Ghanaian music business. She opined that the app has been diverting attention away from high-quality music and toward other tracks with lower production values.

The musician known for the song "E Choke," who has also benefited from material and promotions on Tik Tok, believes that the majority of Ghanaians no longer value decent music.

She explains that the majority of listeners now only support songs if they come with a Tik Tok challenge or dance video attached to them which is wrong and a dream killer for artists.

“Now, if you make music and you don’t add a challenge to it, or some sort of dance, or some vibe to it, everybody thinks that that means you are not doing music. This is not right. I think that Tiktok is killing the whole music industry right now,” she told Ultimate 106.9 FM.

S3fa adds that listening to recent hits put out in Ghana, quality is compromised.

“If you look at the music industry now, you don’t really hear the kind of quality music we used to hear before. We’re not feeling the type of vibe we used to have before…. This is because everybody thinks that if it doesn’t trend on TikTok, it is not music and that doesn’t make sense.”

Last week, Ghanaian Afrobeat star KiDi said that TikTokers play a very important part in the development of music in Ghana, despite the numerous criticisms levelled against them.

The "Touch It" singer during an interview with Gilbert Abeiku Aggrey Santana on Okay FM's Ekwansodwodwo segment, said TikTok has a huge influence on the growth of Ghana's music industry.