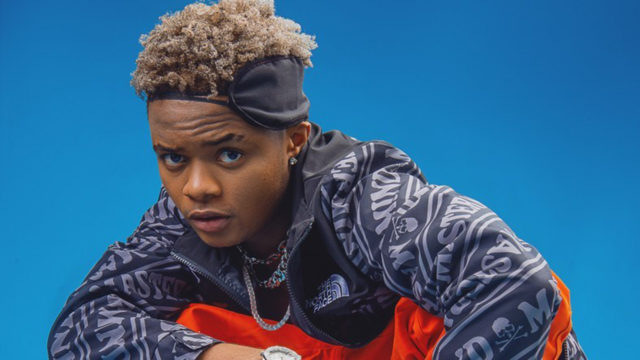 The music video for Crayon's most recent single, titled "Ijo (Laba Laba)," is now out.

It was shot by TG Omori known for his exceptional cinematography skills making the Mavin Act a sensational performer. Renowned producer Sarz produced this hit song.

The enticing dance riddim is complemented by a dance technique known as "Laba Laba" that requires some hand dexterity. Crayon stars as the main character in the vibrant music video, which was shot in a high school environment.

Crayon infects the entire music video with his fascinating melody and dance moves, much to the surprise of many. The record is an enticing melting pot of House, Amapiano, and Afropop influences that is guaranteed to make you dance and set your problems behind. It is also poised to be a strong contender for the summer anthem of 2022.

Don Jazzy, Blaqbonez, and Skibii all make cameo appearances in the music video that Mavin Records released. “Ijo” which is the latest release by Crayon, closely follows Overloading (Overdose), his hit collaboration with other musical talents such as Ayra Starr, Boy Spyce, Ladipoe, and Magixx.

The whole song is a vibe and his fans had great things to say about this hit song.

“You heading to top bro! Quality production simple lyrics and straight to the point,” J. I said.

Crayon joined Don Jazzy's Mavin Records in 2019 and entered the Afropop scene. His debut EP, Cray Cray, was a 2019 hit.

Since then, he's released career-defining songs like So Fine, Tele, his Twelve A.M. EP with Rema, Bella Shmurda, and One Acen, and Overloading (Overdose).