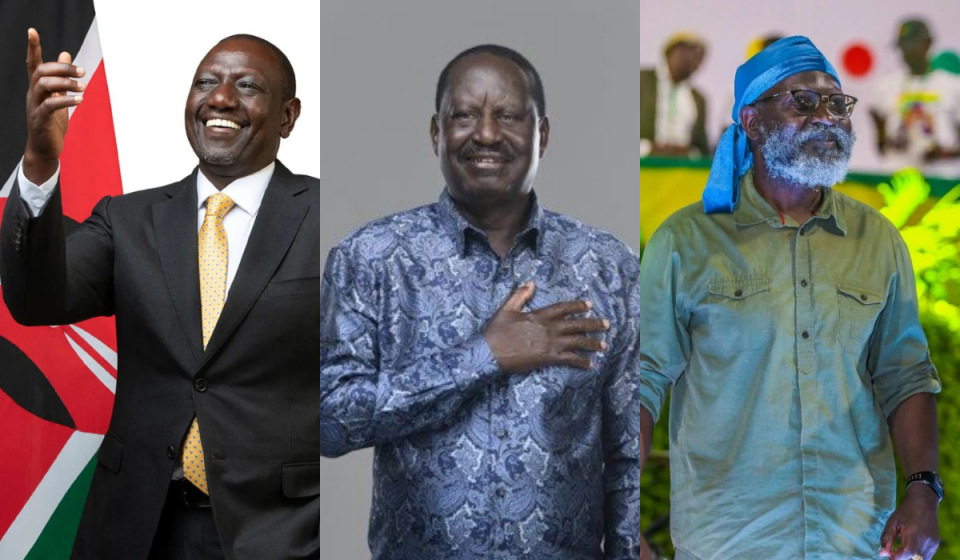 Kenya is set to elect its fifth president on August 9, 2022. The Independent Electoral and Boundaries Commission (IEBC) has cleared four candidates to contest for the country’s top job.

In his quest, Deputy President William Ruto on June 30, 2022, presented Kenya Kwanza's seven-point manifesto. The manifesto's main objective being to upgrade the country's economy using a bottom-up model. According to the Deputy President, the country's economy needs immediate attention and revival from COVID-19 adverse effects. Among the key economic issues that DP Ruto hopes to deal with if he emerges the winner in the August 9 polls are unemployment, high food prices, low agricultural production, and unaffordable housing among others. He further noted that he would enforce the functionality of the devolved governments and enhance national unity.

“In addition, managing and making devolution [work] effectively, fostering national unity and meeting the elevated expectation of citizens under a newly elected president who signifies a change from a top-down economic regime structure to bottom-up. This will have important implications for Kenya’s future economic and social conditions,” Deputy President William Ruto stated.

The Orange Democratic Movement (ODM) party leader Raila Odinga, on the other hand, launched his 10-point manifesto on June 6, 2022. The manifesto outlined what Raila Odinga hopes to achieve within the first 100 days in office should he become the country's fifth commander-in-chief. Among the key points in Azimio La Omoja's manifesto are; addressing the high unemployment rate, strengthening the manufacturing sector, and creating a social protective program that will see needy Kenyans receive a monthly income of at least Sh. 6,000, introduce 'Baba Care' which will make it affordable to access quality healthcare services, among others. The former Prime Minister promised to empower the democracy and sovereignty of the people.

"The instruments of power do not change, only the custodians come and go. Similarly, public investments initiated on behalf of a sovereign people, should not be abandoned at the feet of the ambition of custodians of power. As stewards on behalf of the people, our duty is to highlight our priorities and our agenda, and align it with the gains already secured by previous administrations on behalf of the people," a section of Azimio la Umoja's manifesto read.

Roots Party Presidential candidate Professor George Wajackoyah has become a subject of debate among the Kenyan netizens with his controversial 'Ten steps to freedom' manifesto. Prof. Wajackoya has promised to boost the country's economy, repay the existing country's debt, and improve the standards of living of the common citizen. He hopes to achieve these through the following strategies; legalization and export of Marijuana, the exportation of dog meat, rearing of snakes, shifting of the capital city to Isiolo, introducing a four-day work week, and creation of eight states among others. Mixed reactions have been expressed by various stakeholders regarding Prof. Wajackoya's bid to legalize Marijuana. The lawyer has, however, defended his bid citing the high economic value of the plant.

Agano Party presidential candidate David Mwaure Waihiga on July 4, 2022, launched his 'Badilisha' manifesto that outlines his 12 pledges to Kenyans should he be elected president. The manifesto touched on various sectors including; the constitution, the Family, Women, Youth, Persons Living with disabilities, County Governments, Workers, Business Owners, the Economy, Religious Institutions, the Environment, and the International Community. He promised to fight corruption by recovering funds embezzled by public office holders and hidden in foreign countries.

“ We will ensure the Ksh. 15 trillion stolen and stashed abroad is returned to Kenya in consultation with all the concerned countries where these funds are,” David Waihiga pledged.

Political campaigns are set to end on August 6, 2022, to pave way for the election on August 9, 2022, as per the timelines released by the IEBC.