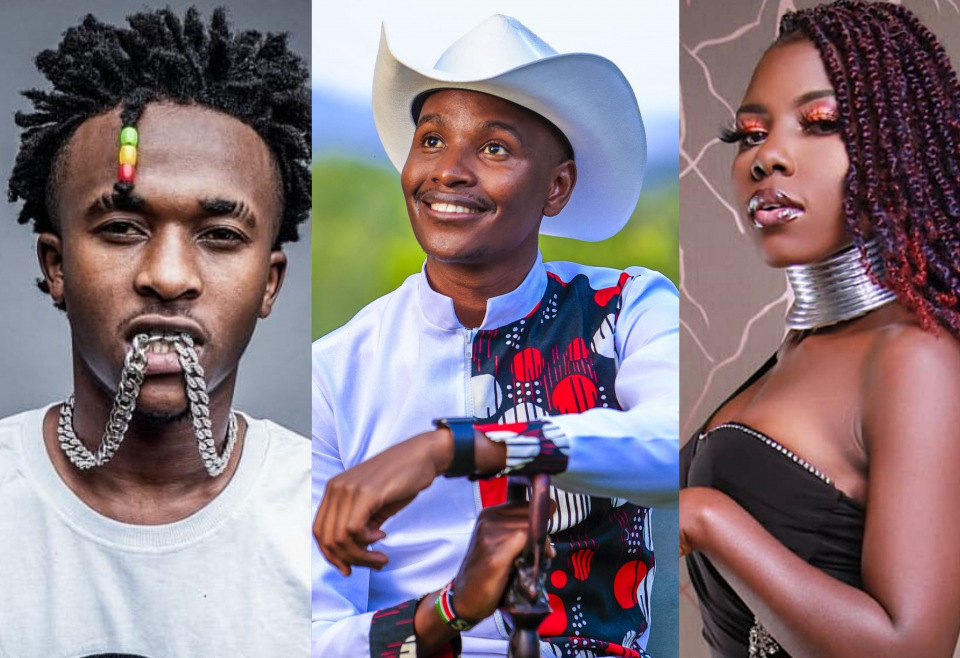 The month of May started on a high note in the Kenyan music industry as top established artists released their music projects. From hardcore Hip-hop to vernacular songs, the new releases were nothing short of ear-catching. Here are some of the newly released songs in Kenya that are topping the charts:

Read Also: Five Tips To Increase Your Rank on Mdundo

Popular rapper Wangechi made a comeback to the industry with 'Romantic Rivals' featuring top Hip-hop group Wakadinali. Wangechi had taken a break from music for close to two years before the new release. 'Romantic Rivals' is a hardcore Hip-hop song in which the rappers display their mastery through the heavy punchlines. The song which was produced by Big Beatz has been received warmly by the fans and gained thousands of views.

Download The Best Mixes of Hits From Nadia Mukami, Azawi, Masika among Others

Renowned vernacular musician Samidoh blessed his fans with a new single dubbed 'Nairobi City'. The song narrates the lifestyle of people residing in Nairobi City. From the beautiful side of the city to the ugly one, Samidoh through his melodious voice sings it all. The song has received immense support from fans gaining over half a million views on YouTube within a week.

Trending at number 14 on YouTube is 'Dimension' from Fully Focus featuring Sauti Sol's lead man Bien. 'Dimension' is a love song where the two artists narrate how love has taken them to another dimension. With Bien taking the chorus and Fully Focus taking the verses of the song, the outcome was a masterpiece. The song which was published on Sauti Sol's official YouTube channel has received thousands of views and positive reactions from fans.

After her debut music project got more than a million views on YouTube, Cartoon Comedian released her second song dubbed 'Acheni Jokes'. The comedian seems to have acquired herself a rapping signature in which she spits the punchline in a slow yet conversational way. The song appears to touch on her career in comedy as she reacts to some of the trolls she faced. Just like her first song 'Kamkora', 'Acheni Jokes' is also performing well.

Sailors’ Gang Miracle Baby has cemented his comeback in the music industry with a new song dubbed 'Ona Ndakua'. The new song that features his girlfriend Carol Katrue encourages people to celebrate their loved ones when they are still alive. The two sing of how people should be shown love both in good and bad times, and not when someone has passed away. The video indicates that the song is based on a real-life event that one of the two artists encountered.