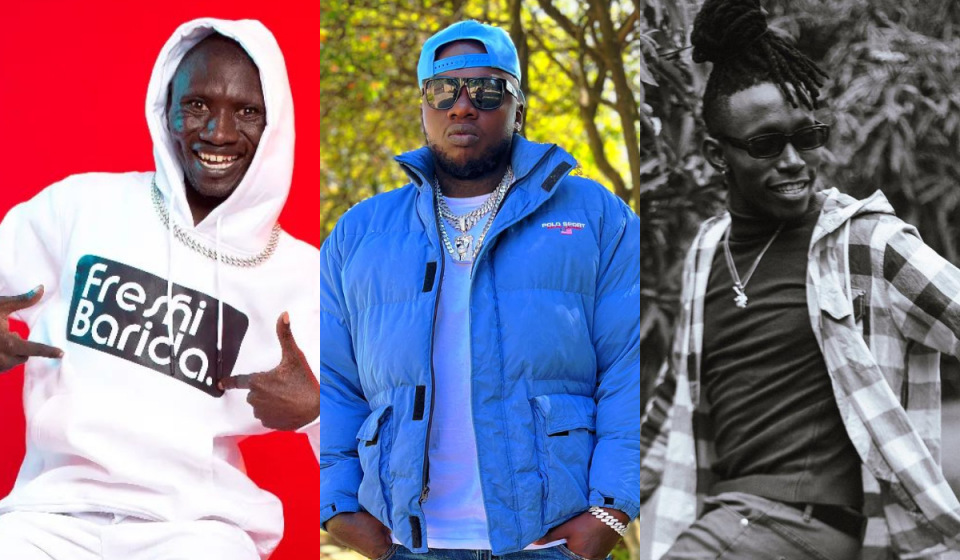 April has been a busy month in the Kenyan music scene as artists have been releasing new music ranging from Gengetone to Hip-hop.  Here are the top trending new songs in Kenya this month:

Sol Generation artist Bensoul teamed up with renowned rapper Zzero Sufuri to release a song dubbed 'Doorstep'. The song bears a love story in which the persona is in love with a lady and is willing to do anything to have her. Bensoul in the chorus sings that his heart has chosen the lady and he will not leave her doorstep until he gets a chance to talk to her. Bensoul's melodious voice spiced up with Zzero Sufuri's rap style resulted in the creation of a masterpiece that has been warmly welcomed by fans.

Stivo Simple Boy became a trending topic on social media after releasing ‘Freshi Baridi’.Explaining how he came up with the phrase, Stivo Simple Boy said 'Freshi Baridi' is an artistic response to greetings. The song, which was produced by Mavo On The Beat, addresses various themes among them faithfulness in relationships.

Trending at number 20 on YouTube is Maandy's new jam 'By The Way' featuring Exray and Trio Mio. This is that one song that boosts your esteem and reminds you of how valuable you are, or as Maandy puts it 'Big Man'. Maandy handles the vocals in the chorus as Exray and Trio do justice to their respective verses.

Kenyan Hip-hop star Khaligraph Jones has released a new song titled 'Maombi Ya Mama' in collaboration with fast-rising singer Adasa. Adasa introduces the song with her melodious vocals before Khaligraph joins in with his narrative rap verse. The rapper narrates the hardships he went through while struggling to be successful. He credits his breakthrough to his mother's prayers. This is the first song the rapper has released after his 'Invisible Currency' album which performed extremely well.

Chris Kaiga has released a new video for the song 'Majaliwa' that is off the 'Adventures of Chris Kaiga' album. 'Majaliwa' is a song that encourages people to believe in God's guidance in their journey to success. Fena Gitu takes the first verse of the song with a smooth and slow rap before Chris Kaiga joins in. The song has been received warmly by fans on the internet and has gained thousands of views within a short period.

Fast-rising musician Kanambo Dede who was recently signed by Kaka Empire has released her second solo project dubbed 'One Day'. The young rapper narrates the tough life that youths go through in the slums. The emotional story paints a picture of a tenant who hopes to one day get out of the slums. Kanambo's style of rap and her talent in storytelling through music has won the hearts of many. Kanambo's first single 'Walahi' also performed well and accrued close to half a million views on YouTube.

Gengetone sensation Exray Taniua under Black Market Record label has released a new song dubbed 'Patanisho'. The song's theme stems from a popular local radio show dubbed Patanisho. The song addresses the subject of compatibility between lovers. Exray raps about various ways that people love each other, and how people have varied ways of viewing compatibility.