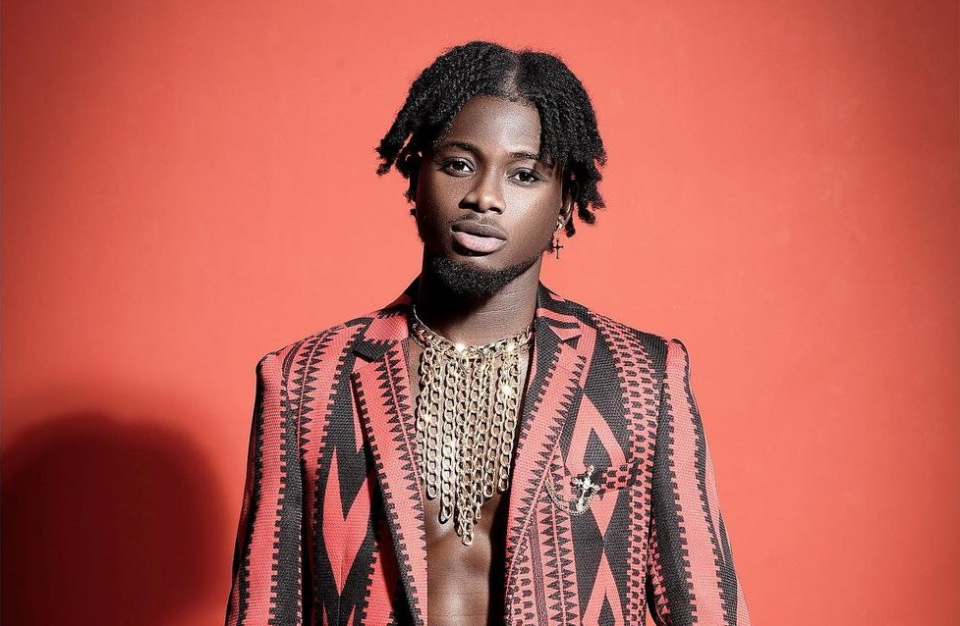 When you listen to Kuami Eugene's songs, one thing that stands out and reflects in his songs is the passion that the Ghanaian Afro-beat artist makes music with.

Kuami held his passion from way back when he was a kid and would sing in the church choir. What seemed like another love story for a young kid turned out to be the thing that his life depended on.

The 24-year-old loved playing instruments in church whenever he accompanied his parents, who resided in Akim Oda, south of Ghana.

The 'Wish Me Well' hitmaker broke barriers in a rather annoying way after transitioning to high school. Music throbbed so deep in his heart that he secretly dropped out of school. It was a shock when his mother learned that her son had never reported to the school for two months. All along, he spent time at a studio in the Eastern region but, his fate was not sealed as his mother enrolled him at Salvation Army Senior High School, where he completed his studies.

Kuami learned an important lesson; that even with his passion for music, his studies were equally important. Interestingly, he furthered his studies at Telecom University while actively pursuing music.

Introspectively, the generation of Kuami Eugene songs had everything to do with Ghana's 2016 MTN Hitmaker reality competition. Then in its fifth season, the show gave Kuami a national platform to show the world what he has in terms of music.

He gallantly battled it out and was the second runner up. Kuami may not have won, but he had already made an impression on the right people at the right time.

Lynx Entertainment reached out moments later and signed him. Kuami then set a mark in Ghana's music industry with his first release 'Angela' in 2017. It was barely a year after leaving the MTN Hitmaker competition.

'Angela' quickly took Ghana by storm, and its YouTube views impressively clocked past a million views. This was evidence enough that Afrobeat music was in him, and he did a lot of justice to his first single.

As a matter of fact, Kuami effortlessly joined the league of other Lynx Entertainment signees whose music continues ruling Ghana's music charts. The same year, he performed at Sarkodie's Rapperholic Concert in Ghana.  After releasing "Angela" in 2017, he released a follow-up called "Confusion" in 2018.

Finally, he released "Wish Me Well" in response to the criticism he received on social media, which some alleged he had plagiarized lyrics from another artist, Ice Prince, in June 2018.

It is safe to say that Kuami is currently one of Ghana's most prolific songwriter. He has released a steady stream of hits that have consistently made headlines throughout his career.

It has only gotten stronger and stronger over time, with each new release performing as well and even better than the previous one. For instance, "Open Gate," a standout track from his sophomore album, proved that he is in the game for long.

By virtue of his vocals simply being present, Kuami has delivered several hit records to several artists, even those who haven't had a mainstream hit in years.

Kuami Eugene's features are currently worth their weight in gold. The young Afrobeats star is currently on an incredible run and is aiming for greater heights in his prime.

At a past interview, he told Okay Africa that fame and popularity make him feel he is doing something worthwhile.

"It makes me feel good. It makes me feel like I'm working, and that's all I wanted to do. I also wanted the accolades for the work, and they're coming. So I think I'm doing good," he says.

Kuami is also eyeing the international music market, adding it is a dream every artist who believes in his craft holds dear to his heart.

The 'Dollar on You' hitmaker remains open-minded about trying different sounds in his endeavour to create an international brand.

However, he knows that Ghanaians love him for Afrobeat; therefore, he infuses different sounds whilst remaining true to his original sound, to cater for his fans.