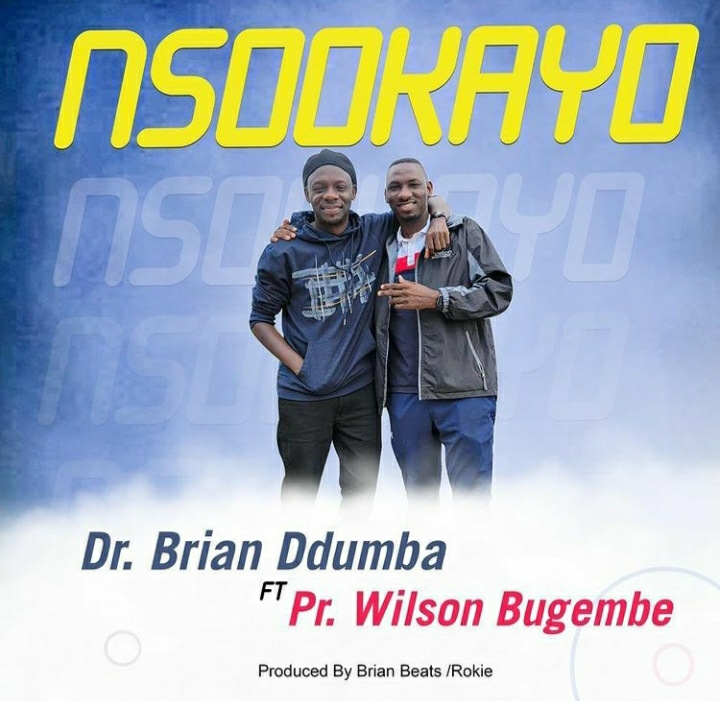 In 'Nsookayo' (loosely translated from Luganda to mean 'Go Before Me'), Wilson Bugembe and Brian Ddumba make a prayer to God to go before them as they dedicate all their plans to Him. It is a gospel song that teaches us to let God take the wheel and the lead in everything we do.

Just like most of his songs, the audio was produced by renowned producer Brian Beats in conjunction with Rokie. The video is yet to be released.

Brian Dumba is one of the most promising gospel artists in the industry who is slowly building his brand by collaborating with top stars. In September last year, he teamed up with John Blaq on 'Blessings', a song that received moderate airplay.

With Pr. Wilson Bugembe, this is not the first time the two are working on a project together. Two years back they gave us 'Essanyu', which was received well in the country.

On his part, Pastor Bugembe had one of the biggest gospel songs last year 'Katonda (Y'abadde Mw' Eno Ensonga)’, thanks to its message of hope.