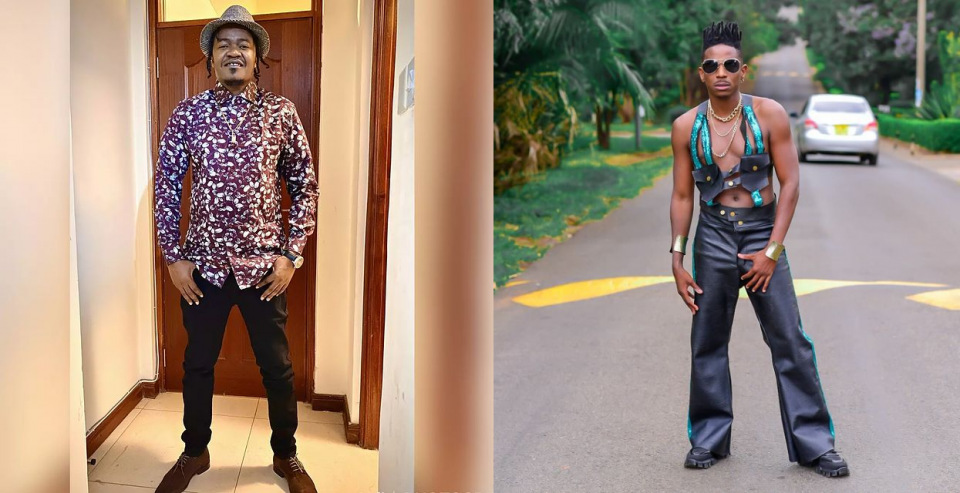 In a series of posts on his Instagram page over the last three days, Eric accused Kenyan artists of being lazy and sleeping on the job.

According to him, music from other countries specifically; Bongo, Naija and Amapiano is taking over the Kenyan music scene because local artists have stuck in their comfort zones.

“The Kenyan entertainment scene is dead! We have lost our glory. We have become a cemetery. It is utter disgrace that our musicians have become mere curtain raisers for international acts. We have become clowns in our own land. Every weekend there is a group of 3 or 4 foreign artists in this city Nairobi.

“Gengetone is dead and buried. Today i see @joemuchiri1 heading down to Nanyuki for the monthly Amapiano tour. Guys we have a monthly South African themed music festival in our country!!! We have lost our glory!!! in less than two weeks we had Etana, Omahley and Konshens is on his way. Where are the Kenyan concerts???? We have become redundant, predictable and boring. We need to put in the work, to reclaim our glory we have to invest in our art,” Omondi’s statement read in part.

He later followed it up with other damning statements where he tagged several top Kenyan artists and urged them to “wake up”.

Responding to Omondi, Several artists led by Jua Cali urged him to focus on comedy and let musicians  deal with music.

Below are some of the statements from top Kenyan artists in response to Omondi’s attack:

Jua Cali: If you are a comedian, just hit the stage, throw jokes and do your thing but do not trash Kenyan musicians. We can not be bashing each other, maintain your lane, if you are a comedian, stick to comedy and leave artists alone. The fact that international artistes come to perform in Kenya does not mean our industry is dead. We are a global village right now. Kenyan artists are working hard, guys are doing shows.

Femi One: Lol Tanzania siku mbili ukafundishwa sarakasi ndio inafanya uongeee mbaya hivi kuhusu KE artists! Some comedians and presenters/bloggers belittle and disrespect KE artists day in day out and some of them tried to be musicians and failed terribly at it…Heshima idumu.

Bien: Eric Omondi is the buttcrack of comedy. What he does in the name of entertainment and comedy is shambolic. It is not good marketing either. It is Clout chasing deadbeat clowning. That is not art. Our industry is in transition. We just got our groove back after a pandemic.

Bahati: Since huyu jamaa afungue ile brothel yake inaitwa Wife Material amepoteza akili sana. You think Kutoa Nguo ni Comedy Sasa? Young Man Respect Our Industry!!! Sijui Unatembeanga na Bouncers Wakichunga Nini? Your Small Brother Fred Omondi is Making More Sense than You infact I am Going to Re- Edit My Video #Adhiambo Just Remove the Part I put to Promote Your Career! Lastly give me a Call I give advice on how to Respect Women coz the Clout Chasing Move you Made to the Mother of your Son Jackie Maribe was Só Lame; a Dead Beat Dad has no Authority to Lecture Our Music Industry.

Savara: I wonder why we give people like Eric Omondi attention. Someone who does anything to trend in the name of comedy. Sasa ona mmempatia attention tena. Yani mpaka unadance uchi na watoto ndioujulikane zaidi. The music scene is starting to thrive.