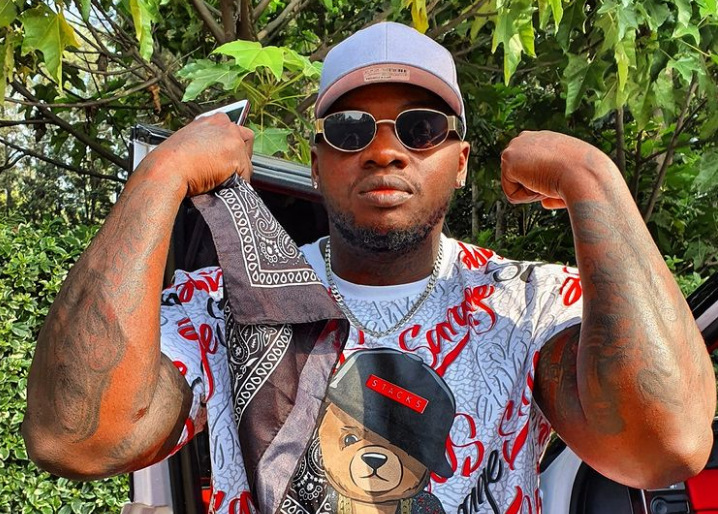 Top Kenyan rapper Khaligraph Jones has revisited a 2012 incident where he was booed and chased off stage while performing at St Paul’s University in Limuru.

In an Instagram post, Khaligraph noted that back then, he was still a newbie in the industry and not many people understood and appreciated his craft.

According to him, the 2012 incident at St Paul’s University almost made him quit music as he was tired of criticism and negativity energy channeled towards him.

“The year was 2012, St Paul's University Limuru where I was Booed and later Chased off the stage like a Burukenge , I almost Quit music Bana. The OG was not respected because the OG was not the OG at that point,” he said. 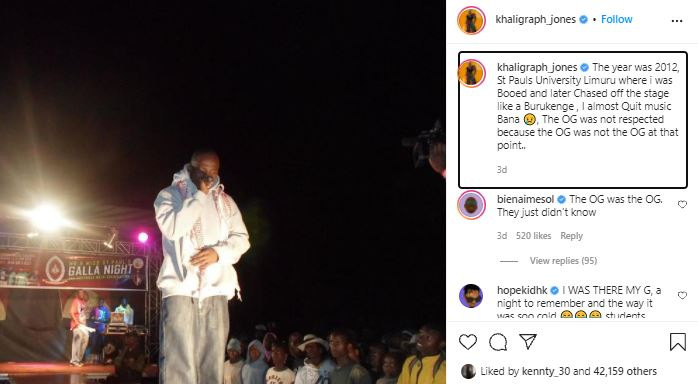 Nine years later, Khaligraph is arguably the best rapper in the country with most of his songs amassing over a million views on YouTube.

He has also worked with top artists from across Africa including; Sauti Sol, Sarkodie, Alikiba, and Harmonize among others.

He’s also won several top awards and recognitions, including a BET nomination in 2020. His story is a true definition of a grass to grace. Judging by his energy and determination, Khaligraph’s brand  can only grow bigger and get better over time.