Ang3lina Retracts Her Statement on Early Retirement from Music 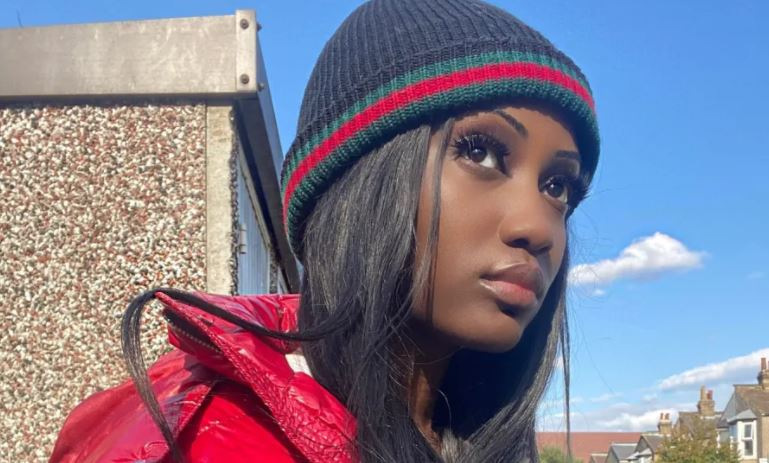 Ugandan artist and producer Ang3lina has retracted an earlier statement she made indicating that she would be taking an early retirement from music, after over seven years in the industry.

Ang3lina kick started her career in 2013 with her first single ‘Sigwa kukoma’. Her breakthrough, however, came after she dropped her dancehall hit ‘Ghetto Lovin’.

Over the weekend, the super talented youngster took to her official Twitter account revealing that she will be hanging up her boots and retiring from music next year, 2022.

The 'Go Down' hit maker noted that she was concentrating on her very last project that she says is likely to be the best thing that she has ever put out. On what she will do next, Ang3lina revealed that she will be “venturing into other things”.

"Next year will be my last year in music. Your girl is venturing into other things. That’s why I definitely wanna make sure this project I release is the best thing I ever put out. Good music that will play for a lifetime," Ang3lina wrote before deleting the tweet minutes after. 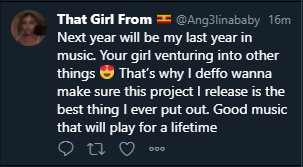 Following backlash from fans, Ang3lina retracted her statement claiming it was all a joke.

"Ugandan bloggers are so fast. I’m not going anywhere for now. I just be playing with y’all for real," she shared it on Twitter.