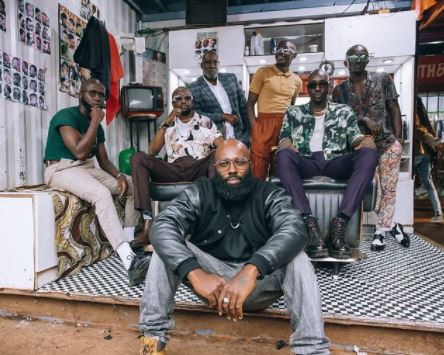 As the name suggests, the song is all about ‘Bald Men’, their acceptance and pride towards their flaws.

‘Shine your head is a crown. Don’t let anybody ever put you down. Everything they do, we do it better. You need a bald man to love you better,’’ the lyrics read in part.

‘Bald Men Anthem’ was co-produced and written by Bien Alusa, Aaron Rimbui & Joe Mutoriah. The single has been well received with over 5000 views, since its premiere 2 hours ago.

‘Bald Men Anthem’ is the first song under Sauti Sol’s ‘Alone Together’ project where they intend to showcase their individuality as artists, while sticking to their norm as a group.

After Bien, Chimano, Polycarp and Savara are all expected to release their solo projects after which the band will resume working as a unit.

The ‘Alone Together’ project will be running from today until December 2021.

Sauti Sol has also announced that it will release a new album in May 2022.