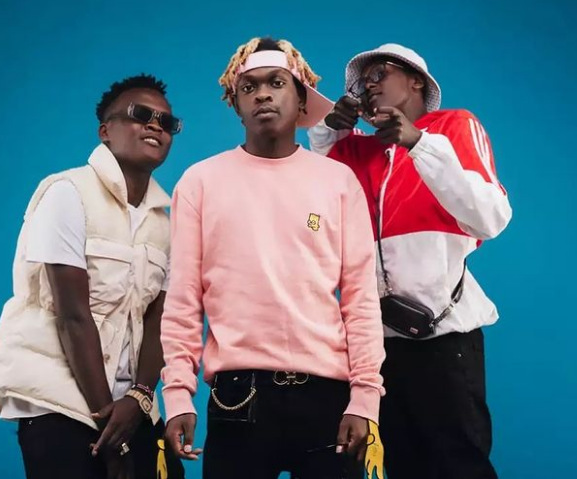 ‘Taki Taki’ is an upbeat Gengetone jam in which the group raps about what they want and what they don’t want. Expounding on what they want, Mbuzi Gang and KOB describe their likes and dislikes in well-paced rhyming lyrics as they match each other's energy.

The visuals which were creatively directed feature Tiktok star Flirty Carlos, who leads the group in doing catchy and fun dance moves throughout the song.

‘TakiTaki’ has been received well and is already trending at number 48 on YouTube with over 70,000 views.

Sharing their feedback under the comment section, fans praised the excellent production and singing style in the song, with others praising the producer Kashkeed for the song’ production.

“Mbuzi have a good production and style of singing. Their songs will always be hits. Big up. Representing kenyan djs,”one fan praised, with another one adding, “I will have this on repeat! Beat safi saaana Kashkeed.”

‘Bambi’ is an upbeat song in which the group takes turns to hype each other, as they reinstate that if the song doesn’t hype their audience then it doesn’t hype them either.