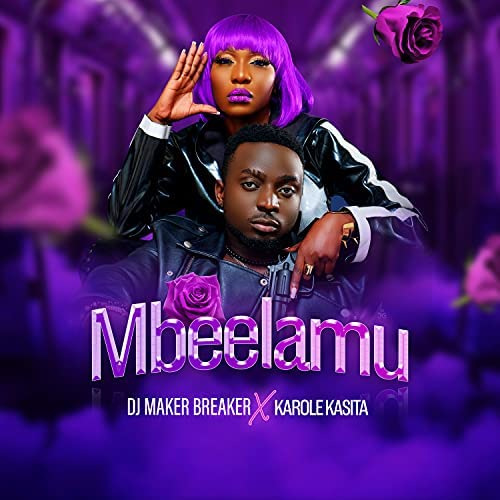 In 'Mbeelamu' (loosely translated from Luganda to mean 'Be With Me'), Karole Kasita is ready and willing to drive her partner crazy as she effortlessly offers her whole.

The audio was produced by fast-rising producer Mesh Pan who is currently getting attention and credit from top artists for the good work he does. The tantalizing lyrics were penned down by Bryan Weiyz who is slowly but steadily finding his way in the songwriting world.

'Mbeelamu' is one of the songs following the new trend where DJs are not appearing behind the microphones, but as part of the production process and actually owning the songs.

Karole Kasita is among the few Ugandan artists that don’t release songs back to back, but when she finally does, the song ends up being a hit.

Her last single 'BaBa (Burn) dropped but is still a fan favourite to date.