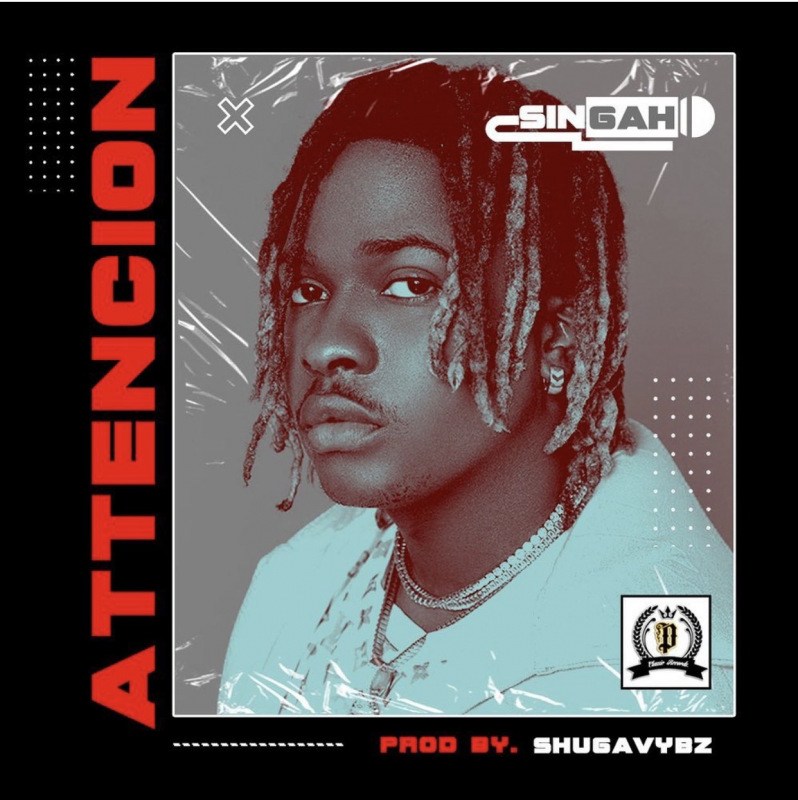 The 24-year-old singer describes the song produced by SugarVibez as feel-good music with a different Afrovibe.

“The song makes me feel good because it’s feel good music and is listenable to all. It has a different Afrovibe to it,” Singah said in a quote shared via his YouTube channel.  “Attencion’ is a single off Singah’s upcoming album titled ‘The Moon and Back’ #TMB expected to be released soon.

Signed to Mr P’s - P Classic records, Singah is popularly known for his single ‘Teyamo’ and was recently featured in Mr P’s album ‘Prodigal’ on the song ‘Paloma’ alongside other featured artists such as Niniola, Simi, Jamaican singer Nyanda of Brick & Lace, DJ Switch, and Wande Coal.

Listen to Singah's new single Attencion via youtube below: -