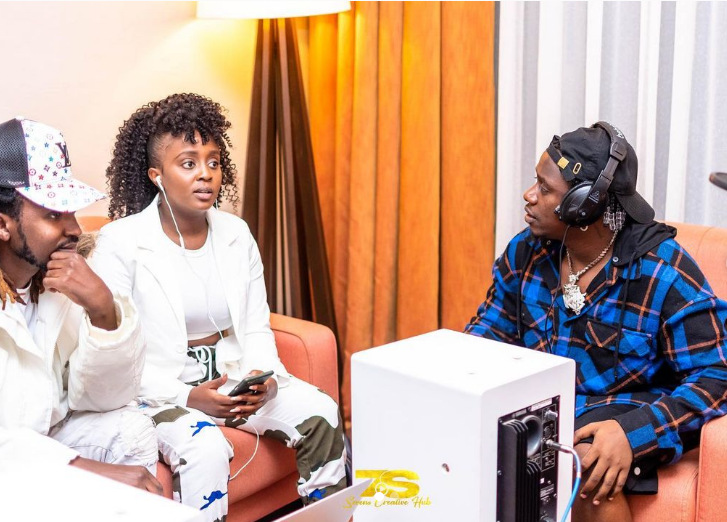 Renowned Kenyan artist Nadia Mukami has announced that she recently hit the studio with Rayvanny to cook something for their fans.

Taking to Instagram, Nadia shared photos which she took with Rayvanny recently, as she explained that they were currently working together in conjunction with their producers.

Reacting to the news, fans praised Nadia for making big money moves, to which she responded with an affirmation.

“Big forehead women are on a roll, didn’t riri recently hit a billion? hmmm wouldn’t be surprised if Nadia was next,” one fan reacted, with Nadia responding, “@redeyesread this comment is pinned Amen.”

Serenading the audience with sultry melodies, Rayvanny and Mutua performed a duet of classic hit dubbed ‘Malaika’. In addition to ‘Malaika’, the two also performed Rayvanny’s latest hit which was yet to premiere at the time dubbed ‘Happy Birthday’.

‘Happy Birthday’ is a groovy birthday song in which Rayvanny celebrates the day his mother’s heart was filled with happiness after holding him in her hands. The song currently has over 600,000 views on YouTube.