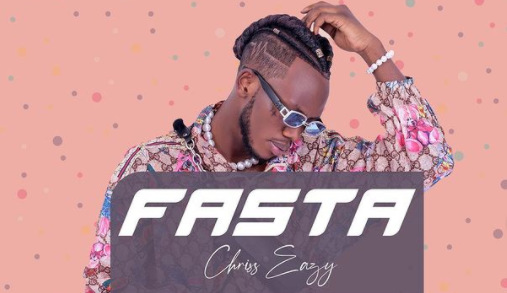 ‘Fasta’ is an inspiring jam detailing how great artists work hard to hit the spotlight and make a name in the industry. The pulse in the song is rhythmic and sends an aura of a romance, affection and commitment all in one.

Chriss’ voice is not a letdown either; it is mellow, charismatic and what you want to hear to uplift your romance vibe.

The song was produced by Element, who gave it a nice touch.

The new release comes amid criticism that producer Element lacks creativity. In November 2020, Lil G, the owner of Round Music Studio alleged that Element has made it but falls short of creativity which could him propel him to greater heights now that he is a highly sought after music producer.

Lil G claimed that some of the music produced by the young Element has no much difference as the rhythm and beats are the same.

“Only people who listen to music with a critical ear can tell that there’s no difference between songs worked on by Element. So as a piece of advice to him, he should think out of the box and be creative because soon people running after him will disappear in thin air. Let him use this fame he has to be more creative to stay on top of his game,” Lil G said as quoted by KT Press.

Element is behind super great hits such as ‘Henzup’ and Saa Moya’ by Bruce Melodie and ‘Kora’ by The Ben among others.