Madtraxx Opens up on Attempts to Revive The Kansoul, Claims Kid Kora Insulted Him 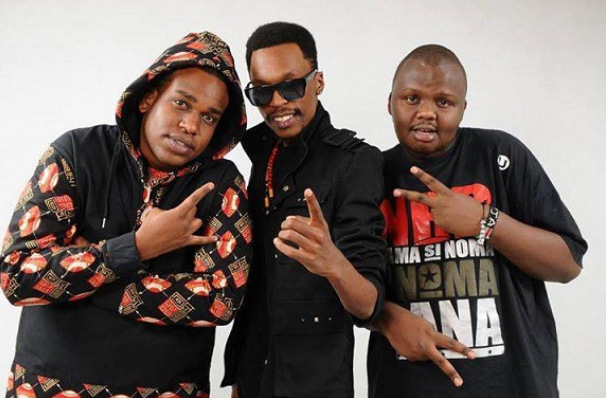 Renowned Kenyan artist Madtraxx has opened up on his attempts to revive the Kansoul, claiming that Kid Kora insulted him when he tried to mediate following his (Kid Kora’s) outburst on social media a few months ago.

Read Also: Kid Kora Explains Why He Left ‘The Kansoul’

Speaking during an interview with Radio Jambo, Madtraxx alleged that he made a call to Kora after seeing his comments on the internet, but instead Kora insulted him. “To be honest there is no issue, mimi na Mejja bado we are boys, sasa Kora for him, unajua mi niliamka asubuhi nafungua mtandao, naona hizi comments zote. So I called him, alinitukana nini, but you know that’s just the nature of relationships,” he explained.

Expounding on the downfall of The Kansoul, Madtraxx stated that the fallout with Kora was gradual. He explained that at some point Kora did not want to do music anymore and he started separating himself and missing out on some of their major collaborations.

“Kwa upande ya Kora ilifika point he wasn’t feeling like doing the music anymore. Sijui, I think it was something spiritual for him, I don’t know whether ilikuwa spiritual interventions, I can’t speak for him. Lakini, alianza kujitenga, tuseme ngoma kama ile tulifanya na Ethic, he wasn’t a part of that.

“By the time we were doing ‘Accelerator’, nilimuuliza for like three weeks, where’s your verse? where’s your verse? Nikama he was half and half alafu now when it came to doing the second song with Vivian, ama kufanya ile ingine na Uchungulo family, he wasn’t there for that,” he expounded.

These responses come months after Kora took to his Insta stories and accused him and Mejja of unfair income distribution as well as other atrocities, noting that leaving the Kansoul has had a positive impact on his mental and physical well-being.