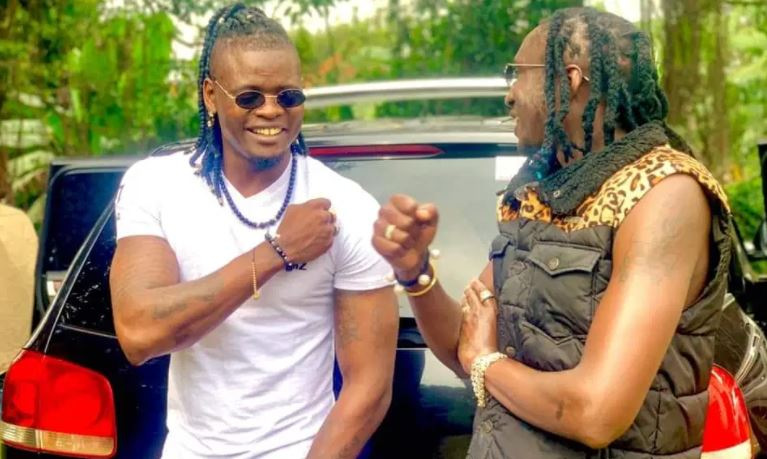 Ugandan artist Pallaso has heaped praises on Ziza Bafana terming him the King of dancehall music in the country.

Speaking during a recent interview, Pallaso noted that Ziza Bafana is extremely talented and has a deep understanding of dancehall music, thus the decision to crown him ‘Ugandan Dancehall King’.

Pallaso, however, noted that while he believes Bafana is the best at the moment, it is also important to appreciate those who came before him for setting ground for new generation artists to take over.

He singled out King Michael; noting that he was the previous dancehall king before handing over the baton to Bafana.

"The Kingdoms are different and everyone reigns in their own territory. King Michael is a dancehall king who got dancehall music from a far even before Ziza Bafana came into the game. This is like a riley and we belong on the same team; Michael gave it to Bafana who will transfer it to a younger artist like Mudra," Pallaso revealed.

On his part, Ziza Bafana noted that Pallaso deserved all the praises he’s getting since he is a talented and hard-working musician.

"Award organizers are starting to get back on track, they now recognize those who really work hard. Pallaso deserves it because honestly he is one of the few artistes with many hit songs," Ziza Bafana told NBS TV.