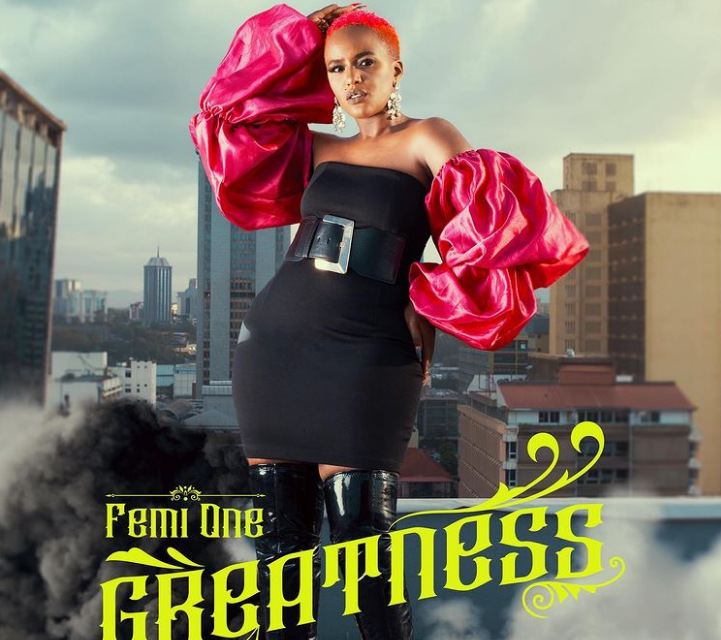 The fourteen-track album features several collaborations with both upcoming and renowned artists including Sanaipei Tande and Jadi from Kenya.

Taking to her Instagram to announce the premiere, Femi One dedicated the album to her fans who have been following her journey citing that all the songs are a labor of love for them.

“Greatness is upon us!! All these songs are a labor of love to my fans who have been following this journey,” she wrote.

As part of her plan for the greatness album, Femi released the official video for her lead song ‘Adonai’ featuring Bern Mziki almost two weeks ago. ‘Adonai’ is an earnest gospel song, in which she delivers earnest gospel rap lyrics with Bern serenading the instrumental with meticulous RnB vocals.

In the song, Femi thanks God for being with her throughout her music journey as Bern Muziki harmonizes with melodious vocals.

Among notable songs in the album is her collaboration with Sanaipei Tande dubbed ‘Sina Haja’.

‘Sina Haja’ is an upbeat song, about how they both guard their hearts against heartbreaks in Nairobi, by refusing to fall in love.

The album is currently available on leading streaming platforms.