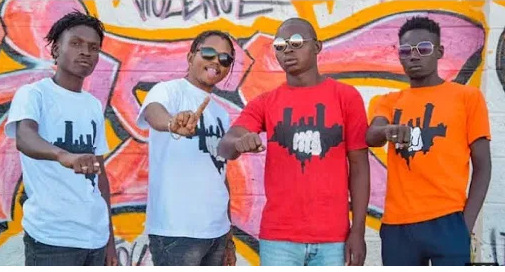 Madocho and Stoopid Boy from Gotta City have dissed Trio Mio following his recent remarks on Kipawa Podcast where he chose Mbogi Genje over them.

Following Trio's remarks, Madocho and the other members of Gotta City had an interview with the same podcast, and fired back at Trio, with Madocho insisting that Gotta City does not hang around small children.

Expounding on Madocho's statement in a much simpler language, Stoopid Boy dissed Trio degrading his teenage age and also made fun of him living with his parents as well as sharing toiletries with his siblings.

The interview comes two weeks after Trio Mio praised Mbogi Genje over Gotta City; citing that he had a long history with one member of the group called Smady Tingz.