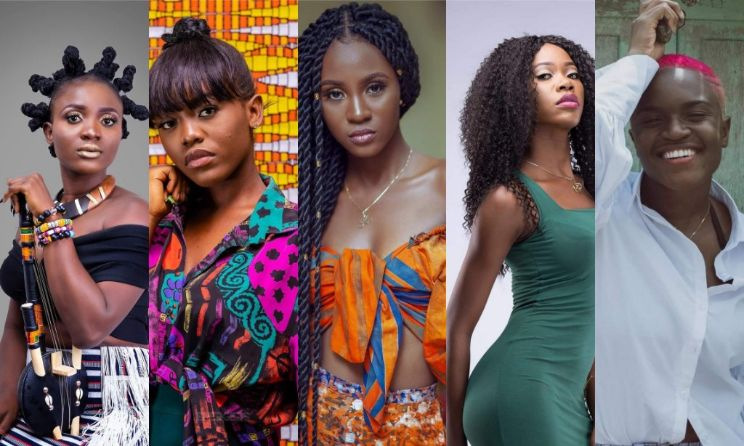 Globally the music industry has been dominated by males, more especially when it comes to the rap music, very little can be said about women.

Also Read: Diana Hamilton VS Joyce Blessing – Who is the Queen of Ghanaian Gospel Music?

In Ghana, we find very many male talented rap artistes like Sarkodie, Strongman and several others. However, there are quite a number of female artistes who are doing serious rap at the highest level
The following is a list of the top 5 female rappers in Ghana who are currently making a big statement in a male dominated genre of music;

1. Eno Barony
She is currently the Ghanaian best rapper. She is known as the first woman to be nominated for ‘Best Rapper of the Year’ category at the 2018 Vodafone Ghana Music Awards (VGMA) which is historic up to date. Many artiste managers believe Eno Barony is extremely talented than most of the known male rappers in Ghana.

2. Freda Rhymz
She is known for being the first female act to win in Ghana’s biggest music reality show – MTN Hitmaker season 6 in the year 2017. Freda won this by unleashing extra-ordinary rap performances and stage craft which impressed the judges plus the audience.

3. Eazzy
She is a legend who used to be the only top female rapper in Ghana some 8 years ago. Eazzy has won several awards as an artiste and also was nominated 5 times at the Ghana Music Awards in 2011.

4. Feli Nuna
She is popularly known as a versatile rapper who raps well in English, Ewe and Pidgin.

5. Sista Afia
She is a Highlife artiste who has proved to her critics how a gifted rapper she is after she recently released a hot hip hop tune labeled’. A song that has been considered a diss to Wendy Shay and Sister Derby
sista Afia also dropped a rap song to diss Eno Barony and Freda Rhymz for claiming to be the best in female rap.