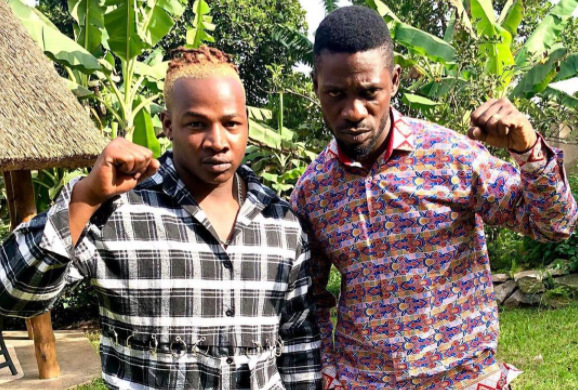 Fast-rising Ugandan artist Zex Bilangilangi has grown to become an inspiring figure to young people especially in the ghettos; a trait he says has been cultivated by Bobi Wine's Firebase Crew.

Speaking during an interview, Zex Bilangilangi said he started his music back in high school and was able to meet Bobi Wine through a talent search organized by one of his charities.

He later signed under Bobi Wine's Firebase crew which is widely known for edutainment, inspirational music and spreading positive vibes through arts.

"When you get into Firebase, they don't sign you using paperwork or binding contracts like what other labels do. Firebase is a school; If you feel you have graduated, you are free to go on with your life but it will always be there. It's like a house and I want to call upon all youths who want to be like me to join Firebase because it is for everyone," Zex told Spark TV.

Zex Bilanglangi now works under his label Geng Geng. He has not only invested in music but also in activism and charity.

"I'm a creative activist and a concerned human who looks forward to empowering youths, giving them entrepreneurship skills and see that we help each other. My management is a whole big team," he said.