The Short Life Span of Kenyan Music Groups: Ochungulo Family, The Kansoul and Others 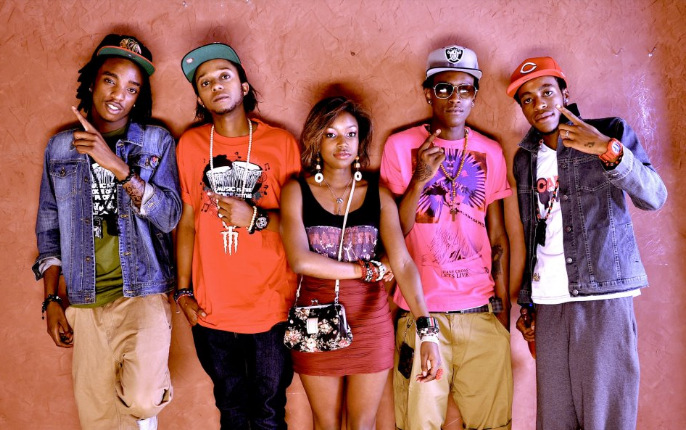 As an African child, one of the most common phrases you’ve heard has to be, “if you want to go fast go alone, if you want to go far, go together.” Right now, there is no better group that does justice to this phrase than our very own talented stars Sauti Sol.

As much as we would like to dwell and celebrate, it’s also very worrying to note that apart from Sauti Sol most other groups in the country do not grow to their full potential. This article explores the different reasons that contribute to the short life span of our Kenyan groups.

From the year 2011 to 2013 Camp Mulla dominated the Kenyan Music Scene with fresh hip-hop music and style. The Kenyan Urban Music Group comprised of rappers Taio Tripper, Young Kass, Super-Producer / MC K'Cous, Miss. Karun, the first lady who was a superb vocalist, and HypeMan Mykie Toni. In 2019 NTV’s Unscripted Episode with Grace Msalame, Taio who was one of the members cited outside forces and interference as one of the major factors which affected the group.

“Fame changes those around you and you can’t really understand that until you become famous. Because of the perception of who you are what you have or can have...putting it in the context of our age at that time, it just seemed like we had the keys to everything, so there were people showing up with all sorts of sweet nothings,” he said.

On 11th February 2021, Ochungulo family took to Instagram to announce their split after being together since 2017. Taking to social media to announce their split Nelly the Goon, Benzema, Dmore, and Kardozar, posted a detailed caption that provided clarity to their fans as to why they decided to break the group. The caption expounded that all members of the group had developed different goals and objectives and also added that this was a mutual decision among all the members.

“We have reached a point we have different goals and targets. So the decision of us splitting is a mutual feeling and we saw that as the best way forward. Again, Thank you so much for the support!!! We shall meet again. God bless you all,” part of the Instagram caption read.

The Kansoul was a mega power group comprising of Mejja, Kora, and Madtraxx. All the artists in this group had successful music careers before they merged and kept dropping club-bangers that were a big hit in the Kenyan music scene including ‘No Woman No Party’, ‘Bablas’, and many more. Earlier this year, Kid Kora dropped allegations on his Instagram Stories citing unfair income distribution and mental and physical health as some of the issues that led him to leave the group.

Kelele Takatifu was a dream gospel group that was formed in 2007 in Chief Koinange High School comprising of two youngsters namely; Silvanus Otieno a.k.a Didi and James Muhia a.k.a Moji Shortbabaa. The two gave us numerous hit songs including, ‘Ngori’, ‘Haina Noma’ and many more. In a 2017 Interview with ChipuKeezy on Ebru Tv, Moji Shortbabaa explained that they both grew in different directions and gained different interests and purposes which ultimately led to their separation.

They gave us hit songs including ‘Tosheka’, ‘Heartbreaker’ , ‘Papa God’ and many more. Boss, Tony, and Kenti formed MOG and made it one of the biggest groups in Kenya. So what really happened to these Men of God? In an interview with The Edge Show on Ebru TV, Boss expounded that all the members grew and found different passions which they are currently pursuing.