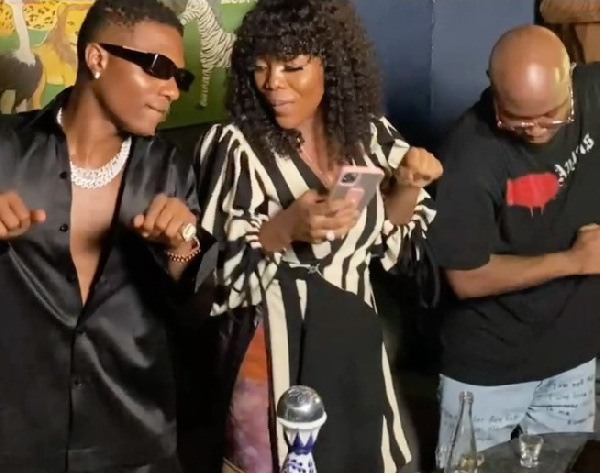 Fast rising Ghanaian afro-fusion musician Jackline Acheampo professionally known as Gyakie has successfully concluded her media tour in Nigeria.
The 20 year old singer has continued on with the legacy of bold African musicians.

She is the daughter of 80’s highlife music legend Ernest 'Owoahene' Nana Acheampong, but has come into her own as singer and songwriting, releasing her debut EP Seed last August.

She released her first single; “Love Is Pretty” in February 2019, which was shortly followed by “Never Like This.'' With the release of Seed, Gyakie dropped the single and video for “Forever,” which charted — not only in Ghana — but Nigeria and Kenya. The single also made Billboard’s Top Triller Global and ranked on Shazam's Top 200 chart.

During her tour, the songstress was spotted hanging out with Wizkid and King Promise. A video of the three hanging out was posted on her official Instagram page is proof that the “Forever” hitmaker was in the company of the “Made in Lagos” crooner in a bar. Gyakie’s short time in Nigeria brought forth a remix of her “Forever” hit single with the Nigerian singer, Omah Lay. In her recent updates, Gyakie has announced that she has a song coming with Mayorkun.