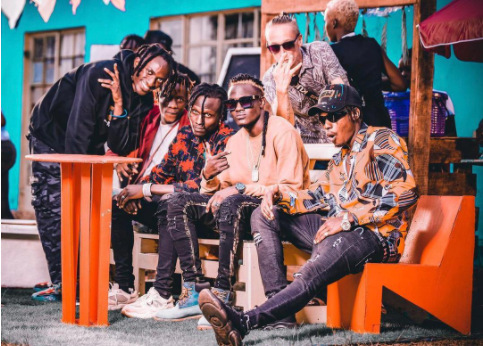 In 'Onkosa', Mudra uses highly explicit lyrics as he addresses several trending topics in the country.

The unique dancehall song was produced by D' Mario from Legend Production UG and mixed and mastered by renowned producer Artin Pro from Extra Nation. The video was shot and directed by Zyga Phix from Virtual Media Media.

Mudra D Viral had a great year in 2020 thank to his hit song 'Muyayu' which has earned him five nominations including; Best Dancehall Song, Best Dancehall Artist, Best Song Writer, Breakthrough Artist and Song Of The Year in the 2021 Zzina Awards.

Before he became a fully blown artist, Mudra started out as a songwriter. He is known for writing top songs like; Vinka's 'My Baby', Omwotto by Cindy and most of Karole Kasita's songs.

Last year, Mudra announced that he was quitting his songwriting career as the artists he was working with were not appreciative enough. In an interview back then, he revealed that he’s always wanted to be a star and believes that he can achieve that through music.