KiDi Wins Artiste of the Year at 2021 3 Music Awards 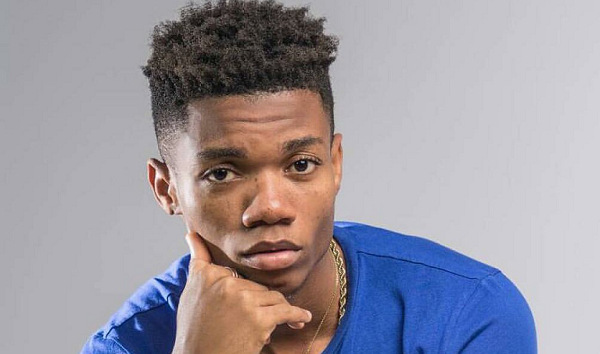 Ghanaian singer was nominated alongside Kuami Eugene, Stonebwoy, Sarkodie, Adina, Diana Hamilton, Medikal and Fameye but emerged the biggest winner of the night by taking home the crucial MVP award.
The 4th edition of the 3 Music Awards recently took place in a virtual ceremony broadcasted on TV with Naa Ashorkor, Jay Foley as main hosts with support from comedians OB Ampongsa and Lekzy Decomic.
The 'Say You Love' singer apart from grabbing the biggest award also went home with an award for his Blue EP which emerged as EP Of The Year plus another 2021 3 Music Plague for his 'Enjoyment' track adjudged Song of The Year.
Apart from the awards, performances some of the acts like Gyakie, Yaw Tog, Kweku Flick were pre-recorded and streamed at the awards show with the likes of Diana Hamilton, Nana Acheampong among performing live at the ceremony.
While still in a celebrating mode for his victory, the afro-pop musician KiDi took to Twitter on Monday, March 29, to announce his next project. According to the “Say Cheese” hitmaker, the album, titled “The Golden Boy”, will be released in June this year.