Willy Paul and Bahati Back to Their Old Ways. Is this a Publicity Stunt or Real Beef? 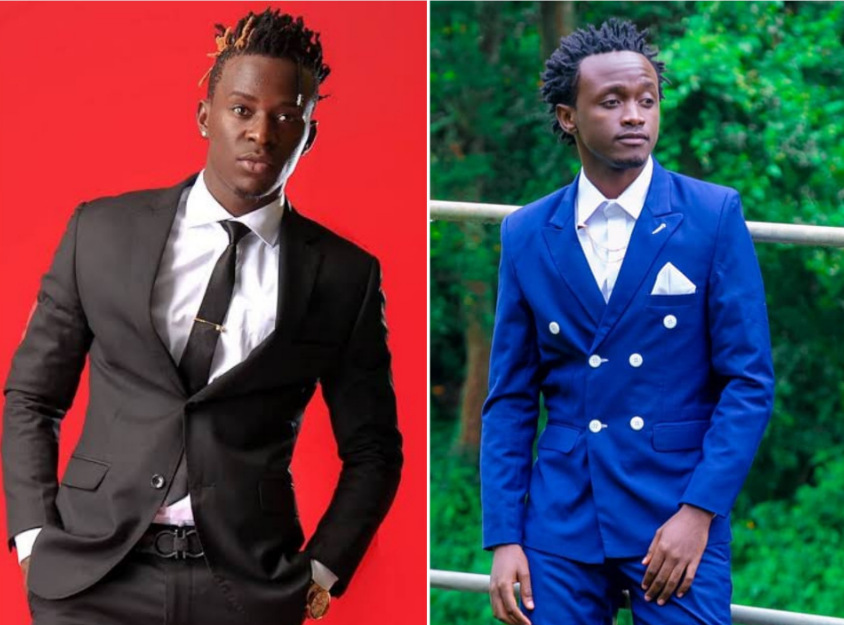 The month of March started off on a high note after renowned Kenyan artists Willy Paul and Bahati posted pictures and videos of both of them and Dk Kwenye Beat hanging out together.
The videos brought back a reminiscence of the times the two seemed to host animosity towards each other.
In fact, in one of the videos posted, Bahati confirmed our speculations by asking Willy Paul why he used to be so annoyed back in the day after losing Groove awards to Bahati.
He also doubled down by captioning the picture of three of them with the same question but also told his fans not to be fooled by social media.
“Niko hapa Nauliza Willy Paul Ni Nini ilikua inamkasirisha Nikishinda Groove Awards??? Don't be fooled by Social Media... We are Brothers,” he posted.
However, five days ago, Bahati posted a picture of him with Willy Paul photoshopped beside him as a lady with an intriguing caption, “Mwenye amefanya Hivi Nisawa Tuuuu My Sister Willi.ams is Not happy.”
In response, Willy Paul posted a picture of Bahati too sited beside him in hills and wrote, “@bahatikenya keep shinning hio mini ya Diana looks good on you.”
To end the friendly batter, Bahati apologized to Willy Paul but still chose to address him as his sister.
“Só My Sister had to do a Revenge Nisamehe Basiiii @willy.paul.msafi,” he posted under a copy paste photo that Willy Paul had posted earlier.
Judging these recent posts with Bahati’s earlier post this month, it is safe to say that the two are brothers and that they are taking brotherly jabs at each other.
Meanwhile, Willy Paul’s latest jam dubbed ‘Fall in Love’ which features Miss P is still doing well on YouTube.
‘Fall in Love’ expounds on how love transcends all boundaries and has been received well due to its relatability.